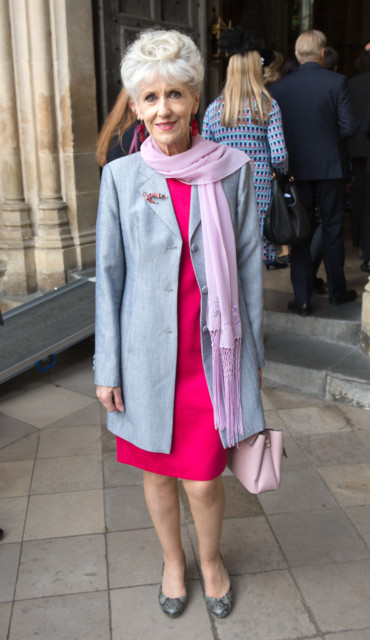 EASTENDERS legend Anita Dobson has revealed she no longer watches the BBC soap.

Her Christmas Day showdown with onscreen husband Dirty Den, in which she served him with divorce papers, was watched by a record 30 million people.

But it all feels like a lifetime ago to Anita, who admits she’s not tuned in for years.

She told the Star: “I haven’t seen EastEnders for quite a long time.

“I don’t move in the world of soaps anymore.”

Angie died off-screen from cirrhosis of the liver in 2002.

Away from soapland, Anita has appeared in Red Dwarf, Split Ends, Hotel Babylon and The Last Detective.

She has been married to Queen guitarist Brian May since 2000.

Brian suffered a heart attack in 2020 and showered “incredible” Anita with praise for her efforts looking after him.

He told the Express: “She totally saved my life because I couldn’t do anything and she just kind of nursed me, so I will forever be in her debt, she did an incredible job on me”

Dad-of-three Brian suffered his heart attack shortly after the UK was plunged into lockdown due to the coronavirus pandemic.

Queen had been due to perform the European leg of their sell-out tour, having already toured Japan, Korea and Australia.

He was fitted with three stents, but after being discharged from hospital, Brian went on to suffer severe complications from the medication he was taking and almost died.

He said: “It was the worst thing, the complications that came on afterwards from the drugs that you have to take actually nearly killed me – much more than the heart attack.

“For about a month I could hardly crawl across the floor, I was really, really bad.”

She played Angie Watts in the mid to late 80s

Did you miss our previous article…
https://www.hellofaread.com/soap-opera/hollyoaks-richard-blackwood-reveals-son-was-held-at-knifepoint-on-terrifying-bus-trip/

Lockdown extended by 3 weeks in Northern Ireland – paving way for the rest...