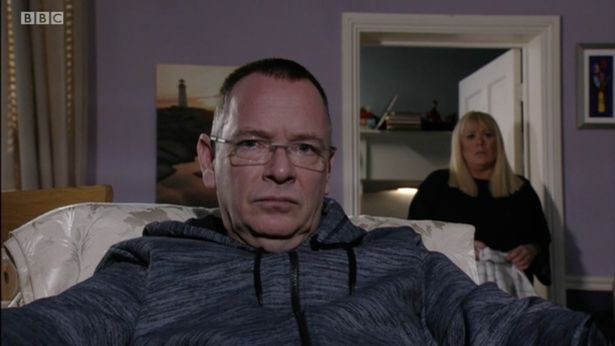 EASTENDERS lost 700,000 viewers since returning to screens this week with new episodes.

The BBC soap was forced to take a three month break due to the coronavirus pandemic, but filming resumed on Albert Square in June.

EastEnder lost 700,000 viewers since returning to screens this week

Despite a big push, Friday’s instalment of the BBC drama drew in 2.65 million people – 700,000 less than their comeback episode on Monday, which attracted 3.35 million.

However, the beloved soap was moved from it’s usual 8pm slot to 8:30pm last night to avoid clashing with Coronation Street’s hour-long instalment.

It then faced competition from Who Wants To Be A Millionaire, where the history teacher Donald Fear, 57, became the first million pound winner in 14 years.

The numbers also don’t include catch-up services and all soaps usually enjoy a large bump in time shift figures. The BBC soap was forced to take a three month break due to the coronavirus pandemic, but filming resumed on Albert Square in June HOAR Online went to an EastEnders spokesperson for comment.

The latest figure come after the soap returned to screens earlier this week with 3.35 million viewers.

However, the BBC drama couldn’t manage to match its ITV rivals viewing figures with it’s comeback episode – with Emmerdale attracting 4.51m viewers and Coronation Street being watched by 5.31m.

The new episodes have been filmed with cast and crew adhering to social distancing guidelines, with the use of screens, body doubles and CGI to film intimate moments. Friday’s episode was moved from 8pm to 8:30pm to avoid a clash with Corrie It faced competition from Who Wants To Be A Millionaire, where Donald Fear became the first million pound winner in 14 years

Clay said he was “buzzing to be back” while fans also shared their joy at the show’s return.

One tweeted: “bbceastenders was so good!! Filming techniques were fantastic! It was so great to have all my favourite characters back on the screen with updates on their lives slipped in.

“What an ending too!! Can’t wait for tomorrow! I’ve missed you.”

Another referenced EastEnders’ famous “duff duff” drum beats that signify the end of an episode, writing: “Great first duff duff to the first episode of Series 2 of #EastEnders…! So glad it’s back and as gripping as ever!”

One fan praised the BBC soap’s use of socially distance filming.

They said: “Eastenders needs to take a well deserved bow over how they’ve handled social distancing filming. It looked so good.”

Ekin-Su to cover up in Dancing on Ice skate off — so viewers can...

Boris Johnson gets cooking with Prue Leith as he backs her new plans to...