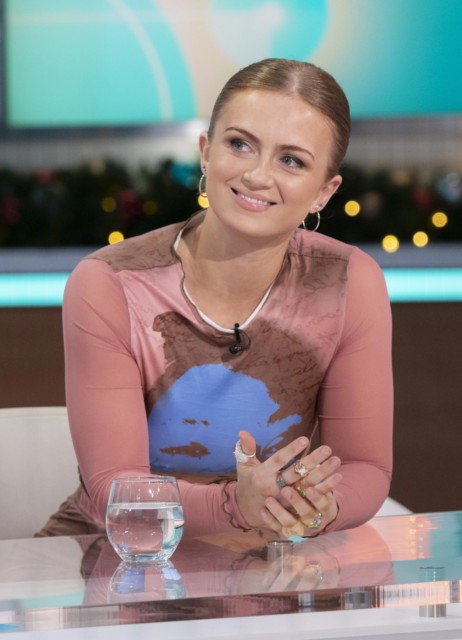 EASTENDERS star Maisie Smith was branded ‘brave’ by impressed Good Morning Britain viewers after she revealed she was ‘shaking with nerves’ on today’s show.

The 20-year-old, who has already filmed her final scenes as Tiffany on the BBC Soap, admitted she has learnt how to cover her nerves well as she explained her decision to support the programme’s 1 Million Minutes campaign to encourage people to get talking.

She said: “Growing up in the limelight as a teenager, you’re very judgemental of yourself, so when you do see comments of other people judging you, it can add to the strain of the things you’re already going through.

“I think people do think I’m confident because I just cover my nerves with a big smile, and that’s what I’ve been doing my whole life, really.”

Martin Lewis, who was hosting the show alongside Susanna Reid, replied: “I can tell you are nervous now.”

She went on to explain that she often writes a script before interviews so she can prepare what she is going to say.

“My brain goes to mush when I am under pressure and a lot of the time I will completely freeze and no words will come out at all,” she said.

One person wrote: “Very brave from Maisie Smith on #GMB here. So much depth & maturity for 20 yes old. #MentalHealthMatters #itsgoodtotalk.”

A second added: “Well done Maisie, seems a really nice, genuine young lady, I’d love to see Loads more of you on TV, Hope you have loads lined up for After Eastenders! Doing other things and spreading your wings will Boost your confidence  xx #GMB.”

While a third remarked:  “@maisie_smith_good on you Maisie for speaking out on @gmb  today! You were amazing and you really couldn’t tell how nervous you were! Xx #gmb.” Maisie admitted she masked her fears with a smile