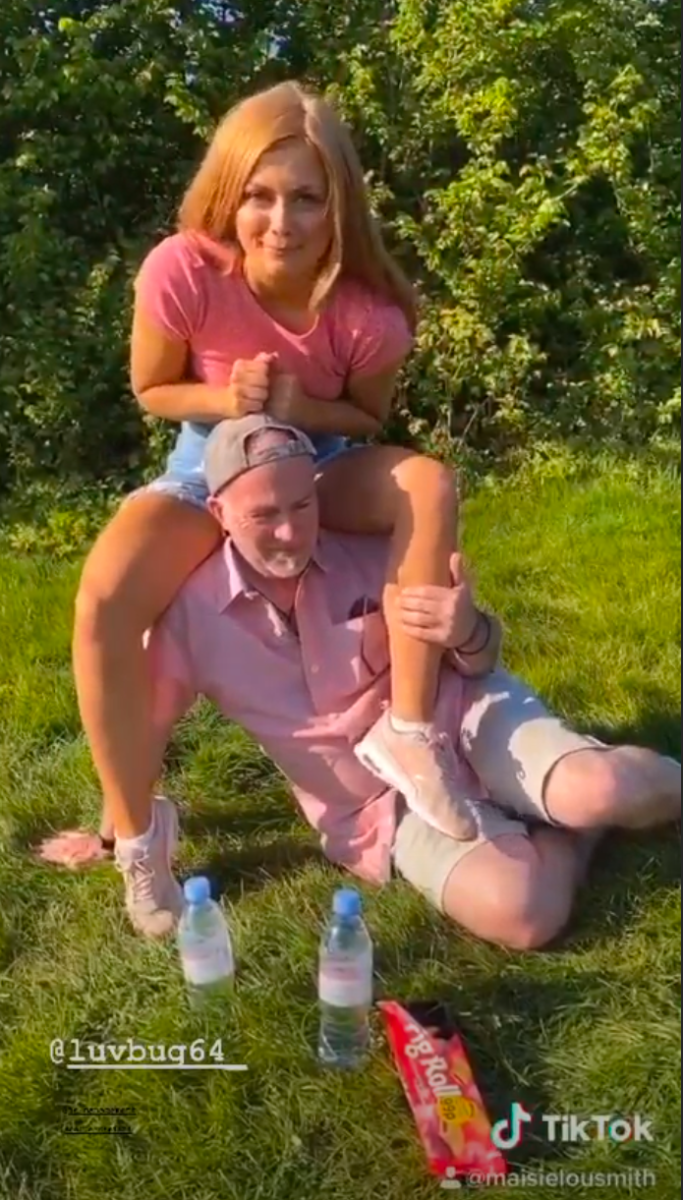 EASTENDERS’ Maisie Smith has recreated an adorable childhood photo with her dad on social media.

The 18-year-old star first filmed the clip for TikTok before uploading the sweet post to her Instagram Story.

Maisie and her dad recreated an adorable childhood photo

In the brief video, teenage Maisie can be seen climbing on top of dad Stephen’s shoulders.

Dressed in a pink T-Shirt and tiny denim hotpants, the actress has her long ginger hair flowing down her back as balances one foot on the grass.

Simple Plan’s I’m Just A Kid plays in the background, with the image switching to a throwback snap as the chorus hits.

The old photo shows Maisie and Stephen in a similar position on the grass – but with Maisie just a toddler as she straddles her dad’s neck. The attention to detail is uncanny Maisie has been having fun with her parents in recent weeks

The attention to detail is uncanny, with Stephen wearing a pink shirt and backwards baseball cap in both photos – and a packet of Jammy Dodger biscuits and water bottles placed in front of them.

This is not the first time that Maisie has enlisted her parents for social media content, regularly showing off dance routines with her lookalike mum Julia.

Stephen has also made an appearance in some of the routines, with the teen clearly enjoying spending quality time with her family in recent weeks. Maisie shot to fame aged seven after landing the role of Tiffany in EastEnders, and recently told HOAR that she plans on becoming the BBC One soap’s next Peggy Mitchell – and will stick around for as long as Dot Cotton.

Discussing the possibility of being Queen Vic landlady, Maisie told us: “It’s a big aim for me. I’ve got the sass of Peggy and the roughness of Shirley. I’d be perfect.”

Earlier this month, she delighted fans with a series of throwback photos documenting her time on ‘Enders as she marked her 12-year anniversary.

Love Island’s Callum sparks feud with Jess and Eve after he names them his...