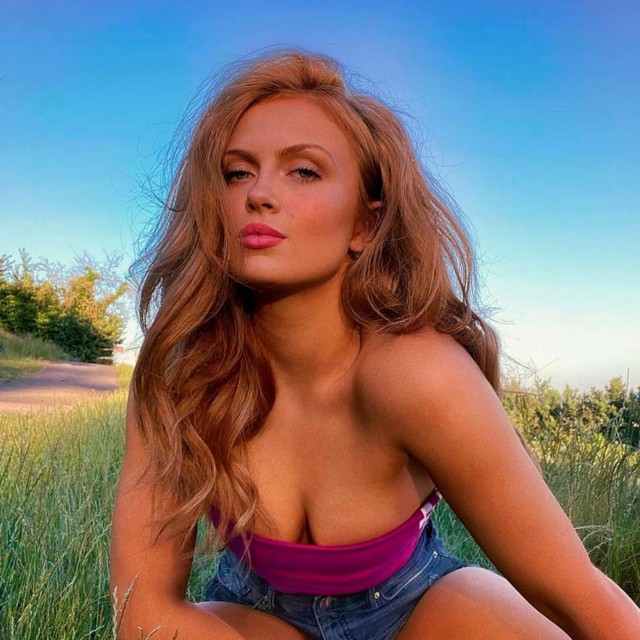 The actress, 19, says she’s keen to spread her wings after playing Tiffany Butcher since 2008.

She says: “In the future I want to try new things and I want to play new characters, but for right now I’m happy because EastEnders want me still.”

Although she would like to exit the soap one day, leaving home won’t be top of her list.

After living alone for the first time to do Strictly, learning how to cook and clean for herself hasn’t come easy.

She says: “I had to ring mum and ask how to use the washing machine.
“I’ve been eating fajitas every day because they’re the only things I can cook. But I have absolutely mastered them. Maisie has played Tiffany Butcher on EastEnders since 2008

“No one will ever have fajitas that are better than mine.”

Maisie also credits Gorka, who has been on the show since 2016, for enabling her to overcome her nerves — and she is helping him cope with being apart from partner Gemma Atkinson, 35, and their 16-month-old daughter Mia under the show’s Covid-safe rules.

Gorka is in London while his family are in Manchester, and Maisie has also struggled with loneliness.

She says: “Every morning we hug for a whole minute. I can’t go home and hug my family so I take it out on him. “Gorka is living alone and so am I. All the loneliness we’re feeling at home we can just come in and actually hug someone.

“We have great chemistry dancing and off the dancefloor it’s the same. We’ve become really good friends. Gorka and I have realised we’re the same person.

“It’s crazy. We clicked so quickly. We can read each other’s faces and we know what we’re thinking.”

Fresh hopes for Brits having foreign holidays this summer as ‘safe corridors’ could open...

Emmerdale spoilers: Will Taylor buys a gun after spotting murdered Malone in the village