The pub landlord surprised viewers with a rendition of B*Witched’s C’est La Vie with ex-wife Linda in Thursday’s episode of the BBC soap.

Mick gives Janine a gift from his travels

The feud between Linda and Mick’s new beau Janine continues when Linda hires Karaoke Ken and Janine sends him away.

When Karaoke Ken comes into the Queen Vic, Janine says he is “cancelled” and that “no one really wants to watch a middle aged woman wobble her way through a 90s pop song.”

But the scheming blonde tells Linda Ken will be back to set up his equipment.

Janine is ecstatic when Mick returns – but panics when Mick says how much he’s looking forward to seeing Karaoke Ken so she calls him back.

Later, Mick thanks Janine for managing the pub while he was away and hands her a gift – a mini Eiffel Tower souvenir – leaving her grinning from ear to ear.

“Who needs designer gear when I’ve got you back. That is the best present,” Janine tells Mick.

But Janine’s good mood doesn’t last long as Mick can’t resist going up on stage to sing with Linda after she gets booed by the crowd.

As the crowd cheers for the duo, Janine looks far from happy and is fuelled with jealousy.

Their rendition of C’est La Vie left viewers in hysterics.

Taking to Twitter, one viewer said: “Mick and Linda singing on karaoke I love them.”

Another wrote: “Mick and Linda just belong together. #EastEnders.”

A third penned: “Mick and Linda on the Karaoke like old times – that backfired Janine. #Eastenders.”

EastEnders airs on BBC One from Monday to Thursday. 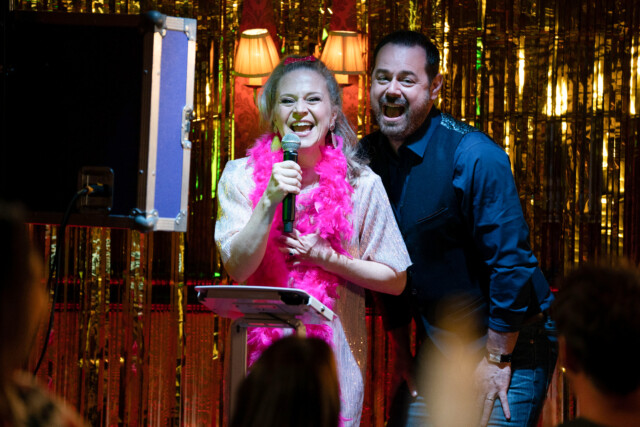 The crowd cheers for the former couple 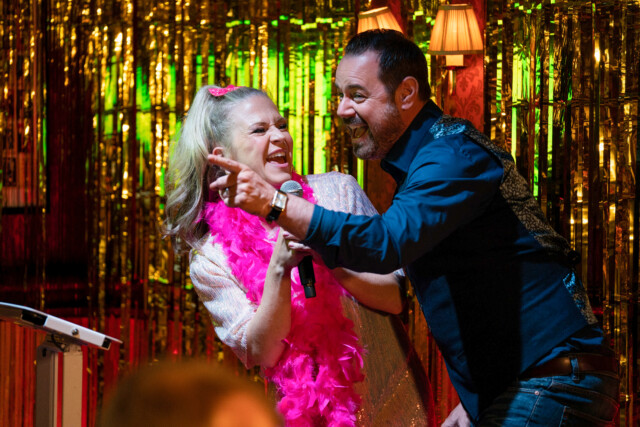 Will Mick and Linda get back together?

Prince William tells female admirer, 96, ‘you’re making me blush’ as he jokes on...