EASTENDERS fans are in shock after two dramatic bombshells were dropped in tonight’s episode.

Viewers know that gangster Ravi Gulati murdered his dad Ranveer but has let Suki Panesar believe that she was responsible.

And tonight it emerged he had help with his scheme – from his lover Nina, his own stepmother.

It all emerged after Kheerat discovered Ranveer had missed another meeting in Mumbai, convincing him that he was missing.

He went to visit Nina to find out if she had heard from him but she did her best to put him off.

Nina told him: “He can be very secretive sometimes.

“You’ve worked with him before, you know how it is. Listen, I’m married to the guy and I’m not worried.”

Kheerat seemed mollified by Nina’s words and left her to it – but once he was outside it was clear he wasn’t.

Speaking to Stacey, Kheerat said: “It doesn’t add up, she reckons Ravi’s heard from him but I’ve just heard he’s come out of prison so can I trust a word he’s saying?”

Meanwhile Nina quickly summoned Ravi to the surgery and he rushed to meet her.

He apologised for being late, insisting it was important he stayed with Nugget.

But Nina snapped: “More important than people finding out that you murdered your father?”

“I don’t want to hear your excuses, I just need you to close Kheerat down,” she added.

“All we had to do is wait this out, play the long game.

“That’s why I married Ranveer. And then you went and killed him. I’ll get his money but you could end up back in prison.”

It soon became clear that Ravi and Nina are in a secret relationship, but before they began romping on the surgery table, Nina dropped another bombshell.

“And when are you going to tell them who you really are?” she said.

With Ravi insisting soon, it has left fans convinced he’s a secret Panesar.

One wrote: “This Ravi and Suki storyline is so complex! Theres so many different parts to it which makes it absolutely brilliant.”

A second said: “Yeah, we know Ash is starting to suspect Ravi – we saw that last night. She’ll eventually notice something off with Nina soon because they practically work together.”

Another added: “Is Ranveer actually dead? Because I’m not buying Ravi’s act whatsoever!” 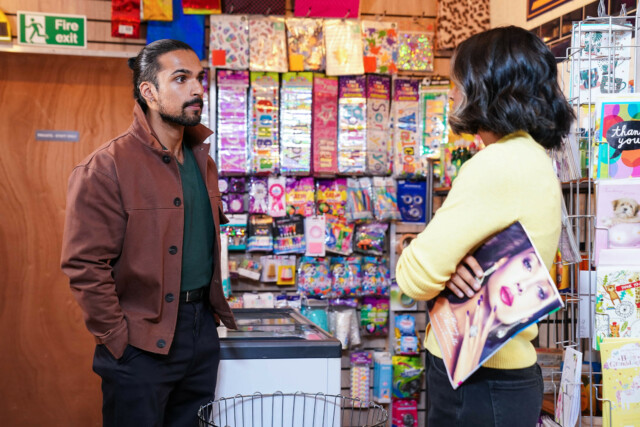 PS5 stock panic as experts warn console will be ‘almost IMPOSSIBLE’ to get very...