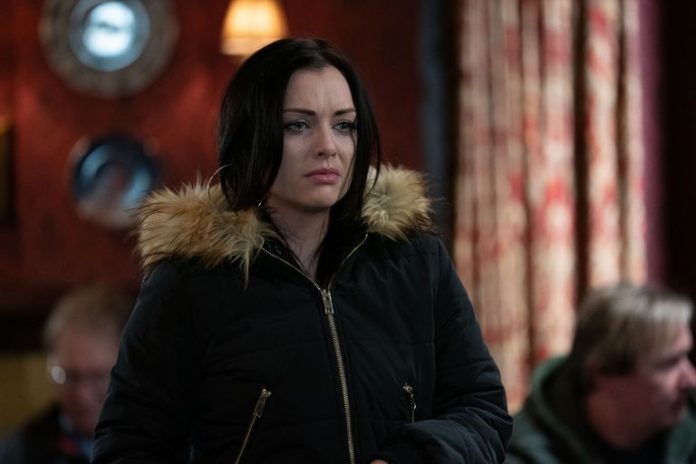 EASTENDERS’ Whitney Dean feels as if she has “no way out” of her awful situation, actress Shona McGarty has said.

The market stall trader is facing murder charges for the killing of her stalker Leo King.

Viewers know Leo had been terrorising Whitney for months and hid in her attic before attacking her with a knife.

Whitney managed to turn the knife in time for him to fall on top of her and impale himself – but she later tried to cover up the crime before confessing to it all.

Now she has finally been released from prison on bail awaiting trial but it’s become clear to Whitney that her freedom isn’t guaranteed.

Shona explained: “She knows that everyone is talking about her. Whitney doesn’t see any way out of her situation

“It’s just another thing that people are judging her on. She feels like she’s completely on her own, even though she has all her family. She just feels completely isolated.”

And with all the stress of the situation weighing on her, Whitney thinks no-one else wants her around.

She said: “She feels like nobody wants her around.

“The whole of the market is talking about her.

Shona added: “If she left, she would miss everyone terribly.

“It would be awful, she thinks it’s the only way out but she’d miss everyone so much. It would be the hardest thing she’s ever done.”

Coronation Street star Ian Bartholomew is in therapy after struggling to cope with playing...

GTA 5 will be FREE to download and keep forever this week, shock leak...

Im A Celebs Caitlyn Jenner surprised by partner Sophia after fans worried she had...