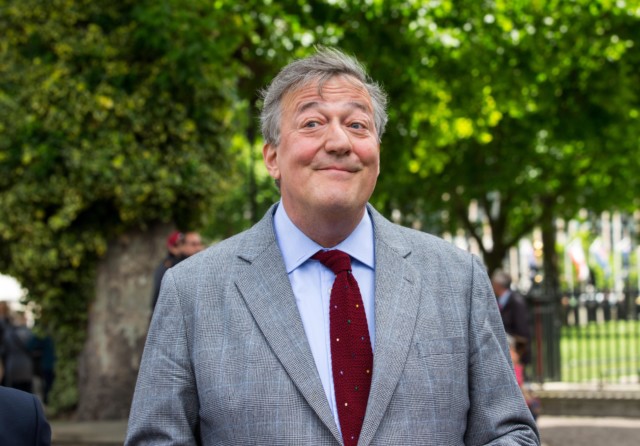 Stephen, 63, believes the BBC soap’s reputation as a hard-hitting portrayal of life in London is not accurate.

He said: “The joke about EastEnders is, ‘It’s very true to life’. But actually where it fails so often, unlike Coronation Street, is that it isn’t as funny. People are, whatever their situation, usually joking.

“You look at a market in the East End of London or Huddersfield or Edinburgh, there’s usually people joking with each other.

“Even if it’s a cheap silly joke about the weather being lovely when it’s raining, you know, a very basic piece of sarcasm.”

Stephen’s career was launched alongside pal Hugh Laurie in the Eighties with BBC comedy sketch show, A Bit of Fry and Laurie.

He said on the Seven Wonder podcast that modern writers regularly forget people “get through life by laughing”.

EastEnders veteran Adam Woodyatt, on a break to star in a play, says he may never return as Ian Beale.

He will not be back for at least a year and said: “We could get a new boss in who goes, ‘Beale’s gone, we don’t need him any more’.” The comedian says EastEnders’ ITV nemesis has a sense of humour Did you miss our previous article…
https://www.hellofaread.com/soap-opera/where-are-emmerdales-missing-dingles-now-from-reality-shows-to-completely-quitting-showbiz/

Emmerdale spoilers: Ben struggles to cope with his alcoholic dad as his secret is...