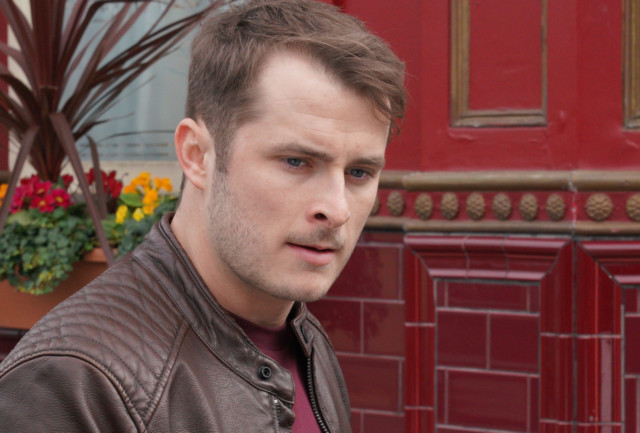 BEN Mitchell forces Lola to admit she cheated on Jay with Peter Beale next week in EastEnders.

Lola spent a night with Peter after rejecting a marriage proposal from Jay.

Ben grows suspicious when he spots Lola and Peter together

EastEnders fans will remember that Lola recently dropped the bombshell that she was pregnant to Jay.

Jay was delighted at the prospect of being a dad and devastated when Lola told him they weren’t ready to have a baby and that she was going to have an abortion.

Jay refused to take no for an answer and tried to take control of the situation by proposing to Lola.

But his plan backfired when Lola rejected him and told him she wasn’t going to change her mind about the baby.

Lola then headed off to the pub to let off some steam and ended up sleeping with her old flame Peter – who she dated briefly in 2013.

Viewers will know that Lola confided in Callum and admitted she cheated on Jay with Peter.

But Callum urged her to keep it a secret, knowing that it would be the final nail in the coffin for her relationship with Jay. Jay tells Ben Lola had an abortion because of him

Next week’s episodes of EastEnders will see Ben struggle to cope with the pressure as the day of his big operation with Phil arrives.

He’s distracted when he spies Lola and Peter together and grows suspicious. Ben drags Lola out of the salon and confronts her

Ben wastes little time in angrily questioning the pair but Jay steps in and tells Ben to stop.

Later, Phil devastates Ben when he tells him he’s not up to the job after all.

Furious, Ben storms off and tries to get to the bottom of what’s happening with Lola and Peter.

But Jay spots him and confronts Ben for upsetting Lola earlier, telling him that she had an abortion. Ben then forces Lola to admit she slept with Peter

Ben is lost for words when Jay adds that Ben was the reason she chose to have an abortion.

Distraught, Ben drags Lola out of the salon and forces her to admit she slept with Peter.

Ben then storms off to the pub and drowns his sorrows.

And if Ben discovers that Callum knew about Lola’s secret, could it spell trouble for their relationship too?