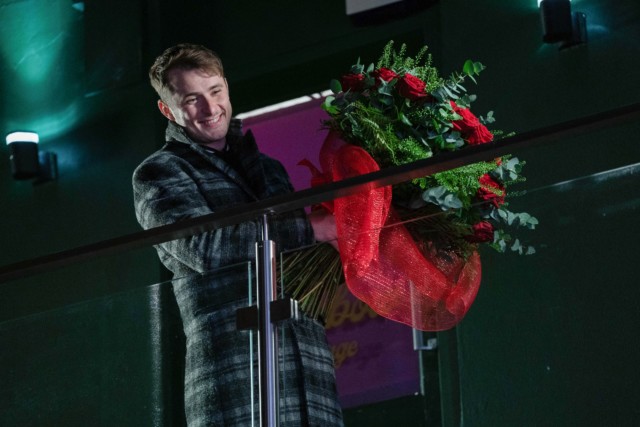 EASTENDERS’ Ben Mitchell is set to propose to boyfriend Callum Highway AGAIN tomorrow night – but will the copper say yes?

Earlier this week the mechanic – played by Max Bowden in the BBC soap – managed to mess up one of the most important moments of his life.

After Callum was told by teachers that he couldn’t walk Ben’s daughter Lexi home from school, it got him thinking.

Lexi’s mum Lola said that the policeman wasn’t allowed on the list of people to pick her up because he wasn’t family.

Ben came up with the idea of the pair going to the registry office to make things official – the least romantic way of asking someone to be their life partner.

Callum was left feeling down about the situation considering he thought he was just doing it out of convenience.

But Callum was oblivious to the fact that Ben previously told pal Jay he definitely wanted to get down on one knee and ask him to be his husband.

When Lola and Lexi found out about what Ben had done, they knew that he needed a little help trying to sort things out.

But will Callum accept Ben’s hand in marriage? Earlier this month we revealed that the copper has his doubts about being with Ben for the rest of his life.

Callum was caught up in a bit of drama at work when his evil boss DI Steve Thompson blackmailed him into snitching on Phil Mitchell to save Ben from going to prison.

After surviving the attack from Stuart – Callum’s brother – Thompson wants to make his life a misery and has blackmailed him again by saying he’ll tell the Mitchells what he did behind their backs.

Catch this episode of EastEnders tomorrow night (Thursday, 28th January) at 7.35pm on BBC One.

How to tame a horse in Minecraft