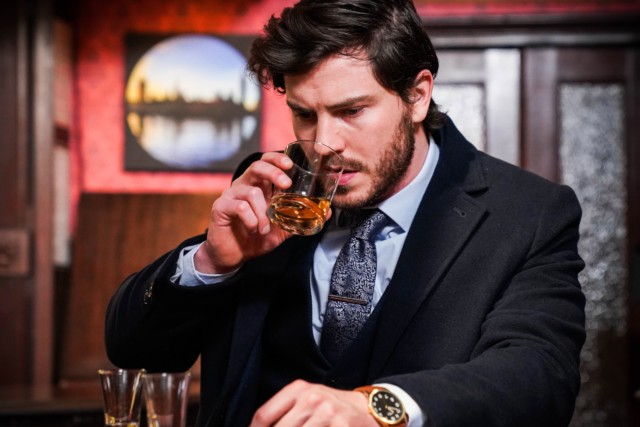 GRAY Atkins gets drunk at Chantelle Atkin’s memorial as he’s consumed with the guilt of her murder next week in EastEnders.

Gray managed to cover his tracks but next week, the abuser will be left battling his guilty conscience as Chantelle’s family and friends celebrate her birthday.

Gray texts Karen and lies he’s held up at work, but viewers will see he’s actually at The Vic downing whiskey.

Later, Gray turns up to the club completely hammered and shocks Tiffany and Keegan.

Will he expose his crime?

EastEnders viewers know that Chantelle endured months of abuse at the hands of Gray, during which he even broke her arm and manipulated her into apologising.

But after a tortuous lockdown, Chantelle finally decided to flee – and run away with Kheerat and the children. But viewers watched Gray thwart Chantelle’s plan to flee on a family holiday to Southend when he suspected her plans and managed to keep the children at home with him.

Gray dragged Chantelle and the kids home, where she eventually blurted out that she was leaving him.

Seeing red, Gray violently pushed her over, impaling her on an upturned knife in the dishwasher.

Chantelle begged him for help as she bled out slowly on the kitchen floor, but Gray got busy tidying up and pretended she wasn’t there.