STUART Highway is still trying to cope with his postnatal depression as best as he can.

Sadly, Jada Lennox pays the price for his struggle next week in EastEnders.

There’s a huge misunderstanding among Walford residents next week

This is all due to Stuart Highway’s postnatal depression 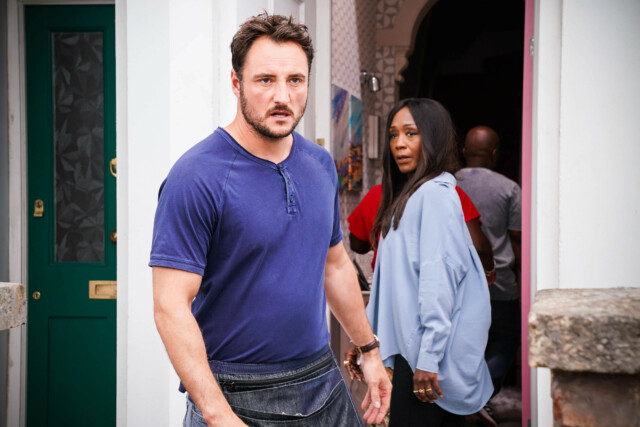 Unable to form a bond with his son Roland, the undertaker played by Ricky Champ was left alone by his wife Rainie who left Albert Square in recent emotional scenes.

Since then, Stuart has tried all that he could to cope with his deteriorating mental health after it was revealed he’s suffering from PND.

But an anxious Stuart snaps and disposes of his anti-depressants prescription.

Outside of his NA/AA meeting, he’s caught by Linda – who has her own alcohol addiction to deal with – near a drug dealer and the situation between them escalates.

Stuart is desperate and eventually finds some drugs – but ends up handing them over to Walford teen mum Jada Lennox (played by Kelsey Calladine-Smith).

Unbeknownst to him, Stuart will be getting Jada, and more, into a lot of trouble.

During Denise Fox’s birthday, Stuart’s bag of drugs falls from Jada’s bag and Lily Slater steals the pills after they’re confiscated by the businesswoman.

Martin Fowler then finds the pills and Howie Danes’ son Denzel gets the blame alongside Ravi Gulati’s own child, Nugget.

The market stall owner no longer trusts his own daughter and warns her to stay away from the two lads.

But when she confesses to Eve Unwin, telling her about how she found the drugs in the first place, the young girl is unaware Martin has overheard everything and she’s taken to the salon to apologise to Howie.

Lily then reveals the source of the drugs that were confiscated – they fell from Jada’s purse.

Martin, Howie and Linda Carter, the salon co-owner, all put pressure on Jada to share where she got the drugs from.

But will Jada grass on Stuart?

Both her and the undertaker have been reported to make their exits from Albert Square in upcoming weeks after a huge producer shake-up.

Stuart is also set to take drastic action as he spirals.

Will he get the help he clearly needs?

EastEnders airs on BBC One from Monday to Thursday. 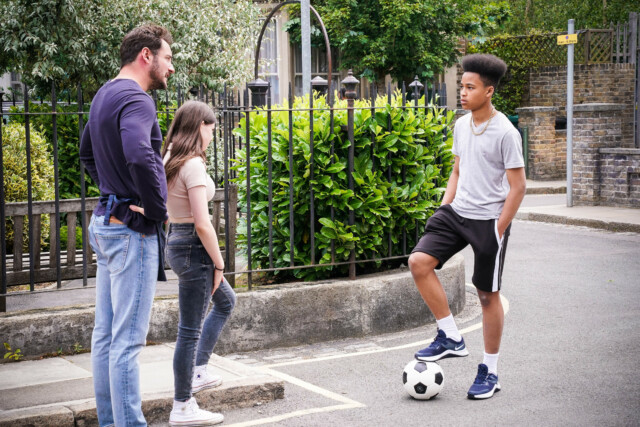 Denzel gets into trouble 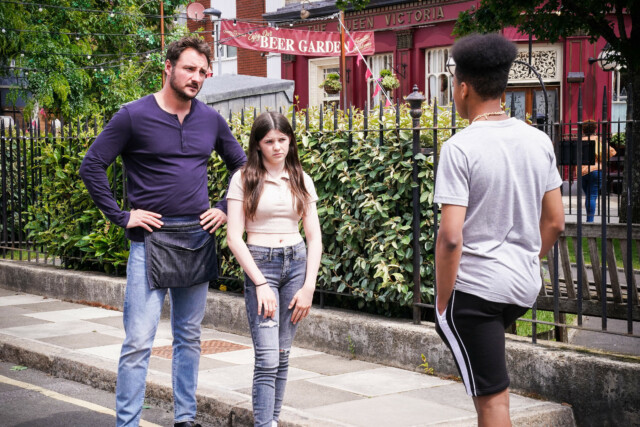 Will Jada Lennox tell the truth?

Pensioners who were full-time mums could be owed up to £10,000 after Government pension...

Will Geoff end up in prison and what evidence could be used against him...