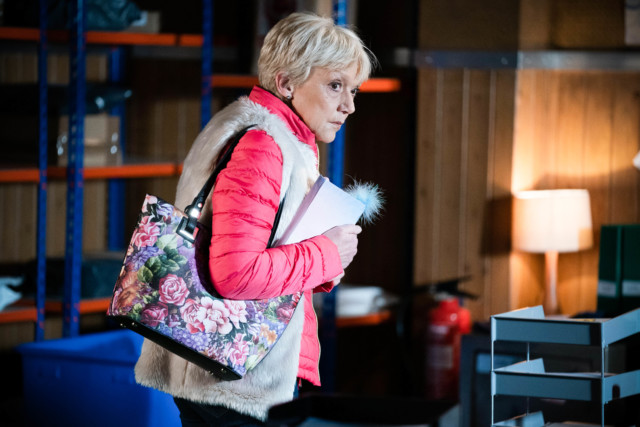 WHILE his Nazi son Aaron is behind bars, Harvey Monroe is trying to get his life back to normal.

And in an upcoming episode of EastEnders, due to air next week, the cabbie gets surprisingly close to Jean Slater.

Jean is getting closer to Harvey

The new year began amid chaos for Harvey (portrayed by actor Ross Boatman).

Realising that his son Aaron (Charlie Wernham) was too far gone in his far-right antics and ready to take over Neil’s gang in Manchester, Harvey decided that enough was enough and reported him to the authorities.

Aaron has been behind bars ever since while Harvey is picking up the pieces, choosing to cut ties altogether with his only son and leave Walford behind with his daughter Dana.

But when Walford residents learn of Aaron’s connection with the far-right group, which has been terrorising Albert Square for several months, Harvey is unexpectedly berated in The Vic by Jean (Gillian Wright).

The latter accused the family man of abandoning his son.

Following this interaction, however, scenes scheduled to air on BBC One will show the underlying chemistry between them is still very much present.

Harvey first bumps into Jean and makes a comment which upsets her.

Later on, Jean is visibly annoyed that Harvey is her cab driver for her doctor’s appointment.

It is revealed that the doctor is concerned as Jean has been missing out on her appointments for over a year.

This prompts Jean to defend herself by insisting she’s taking her meds.

Things go from bad to worse for Jean as she quickly realises, in a panic, that her diary is missing.

Harvey saves the day by bringing it to her in the nick of time – she left it in the taxi.

Following this helping gesture, Jean warms up to Harvey once again.

When he first stepped into Albert Square, in July, 2021 viewers of the BBC One soap saw sparks fly between Harvey and Jean.

The surprising romance was welcomed by most viewers as it took both characters away from their own family drama.

While Aaron was terrorising Walford, Jean was still grieving the loss of her beloved Daniel (Ade Edmondson).

But after a disastrous date during which Aaron spiked his own father, Harvey’s new love interest was stunned and believed he was showing his true colours through his problematic behaviour.

Is this a fresh start for Harvey and Jean? Jean has a romantic past with Harvey Could they start afresh?

Can I be fined for not wearing a face mask on public transport?

Emmerdale: Why did Faith Dingle leave?

Jesy Nelson is trying to ‘save herself like Prince Harry’ as Little Mix rift...