WEDDING bells will be ringing for Kat Slater but she’ll be dealt with a huge obstacle ahead of the ceremony.

The owner of Kat’s Cabs is shocked to see her former husband Alfie again – and he’s set to kidnap her next week in EastEnders.

But someone from her past emerges back in the Square 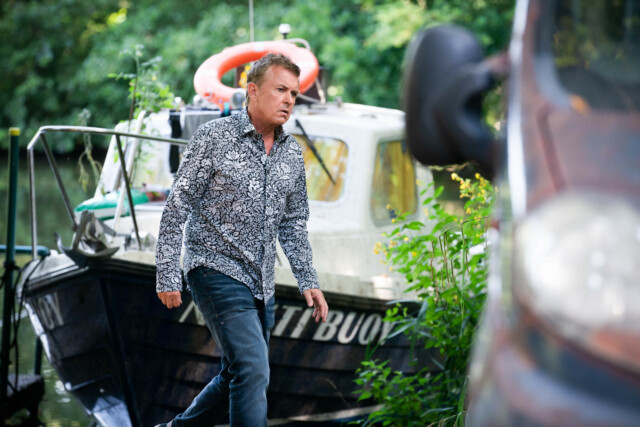 And he tries to make her reconsider her wedding with Phil

Kat (portrayed by Jessie Wallace) and Phil Mitchell’s big day is fast approaching and she gets a shock when her grandmother Big Mo rocks up Walford in typical Mo fashion.

Meanwhile, fellow Albert Square residents are in a celebratory mood as they surprise the couple with their own festivities.

All is well for the lovebirds, until Shirley Carter makes Kat doubt her future with Phil.

To make matters worse, Sharon has a plan to get Phil back.

The big day comes along but Kat is nowhere to be seen, prompting Sharon to try her luck again and convince Phil he’s making a msitake.

Did Kat get overwhelmed by all the doubts surrounding her relationship with Phil?

Not at all – Kat actually gets kidnapped by her former husband Alfie Moon (Shane Richie).

The latter first shows up on her doorstep and Kat is less than pleased to see him.

He begs her to reconsider marrying Phil, insisting she’s making a mistake but Kat furiously puts him back in his place.

Alfie keeps pushing his luck on the day of the wedding, even when Phil squares up to him.

But Kat eventually forces him to go.

When he arrives back at his canal boat, he realises their twin boys Bert and Ernie have snuck into his van.

He calls Kat who is reeling to Stacey, forcing her to go and fetch their children and making her late for her own wedding.

Once she’s there, the twins refuse to get off their father’s boat and the situation quickly gets out of hand.

At the church, Mo takes bets on whether the wedding will really go ahead as everyone anxiously waits for Kat’s arrival.

Sharon plots against her former pal at the Vic just as Alfie demands that Kat rethinks her wedding to Phil Mitchell.

Will Kat and Phil ever really get married?

EastEnders airs from Monday to Thursday at 7.30pm on ITV. 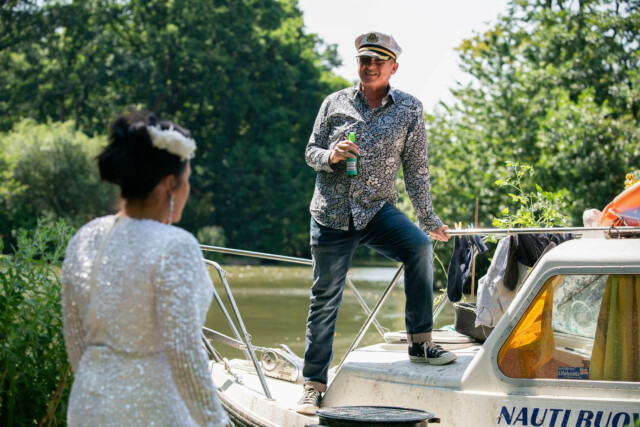 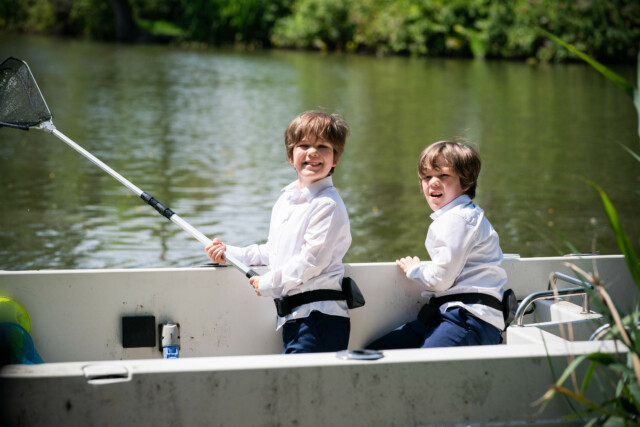 Bert and Ernie unexpectedly help him 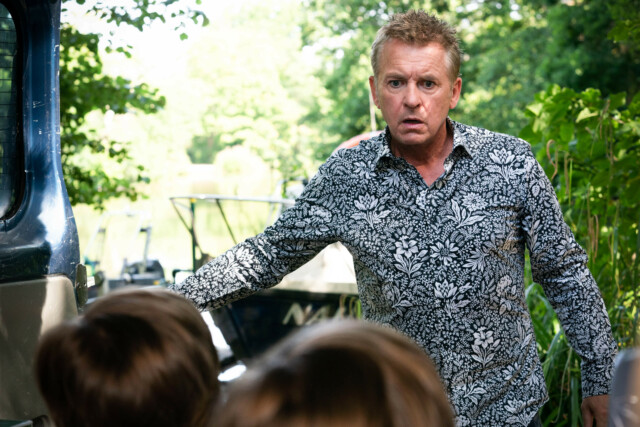 And Kat vanishes from her own wedding

I was on I’m A Celebrity – we found sneaky ways to flout strict...

Love Island will not be axed after homesick staff are told their jobs are...