MONEY is becoming an issue for Alfie Moon after he managed to lose some of Phil Mitchell’s cash.

Things are about to get worse for the returning EastEnders character – Kat Slater finds out about the missing money. 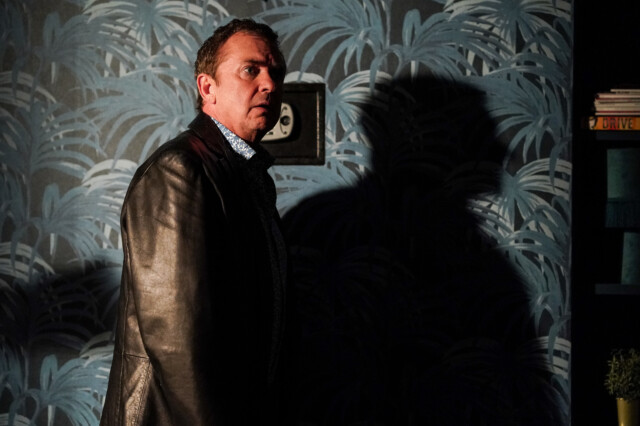 Alfie recently lost some of Phil’s cash after being kidnapped

In recent scenes aired on BBC One, his on-screen alter ego Alfie Moon was unfortunately kidnapped.

His aggressor soon found out about the whopping amount of cash Phil Mitchell has stored in his home and Alfie had no other choice but to give some of it away.

Alfie has since been trying to earn Phil’s money back, unbeknownst to him.

However, his former wife Kat Slater (portrayed by Jessie Wallace) learns what he’s up to.

Coming up next week, Alfie panics when Kat returns with the need to access Phil’s safe.

Knowing his time is up and he has no other option but to be honest, Alfie tells Kat he lost £30k of Phil’s money.

Kat piles the pressures on to get it back and Alfie comes up with a plan when he gets his hands on some old electric items – but this heavily backfires.

Matters could go from bad to worse between Kat and Alfie when she finds out he’s been living at No.55 in her absence.

Alfie is desperate and sells more dodgy products on the market before asking for Kat’s help.

But the pair are forced to pack up in a rush when Walford Market Inspector Honey Mitchell (Emma Barton) arrives.

Despite the hiccup, Alfie manages to earn a good amount of money… and shares a heart-to-heart conversation with Kat.

With Phil’s money on his mind, Alfie later tells Tommy that he won’t be able to help with a school fundraiser but he then changes his mind when he sees how upset his son is.

The pair soon get an idea and tell Kat the exciting news.

Alfie vows this is genuine and has nothing to do with Phil’s money.

The owner of Kat’s Cabs is impressed when Alfie rallies volunteers for his fundraising idea and he gets a glimmer of hope for their future.

But will he be able to pay Phil Mitchell back? 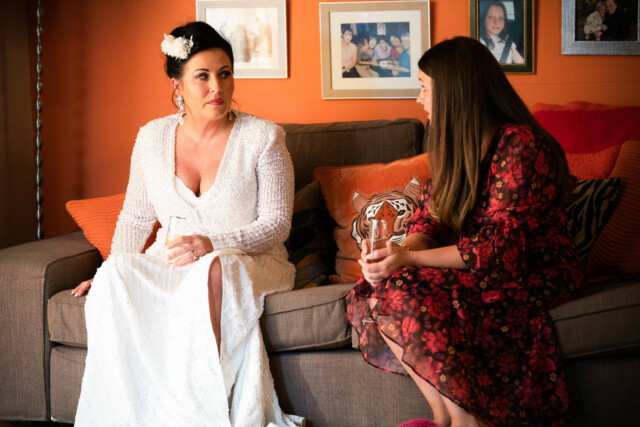 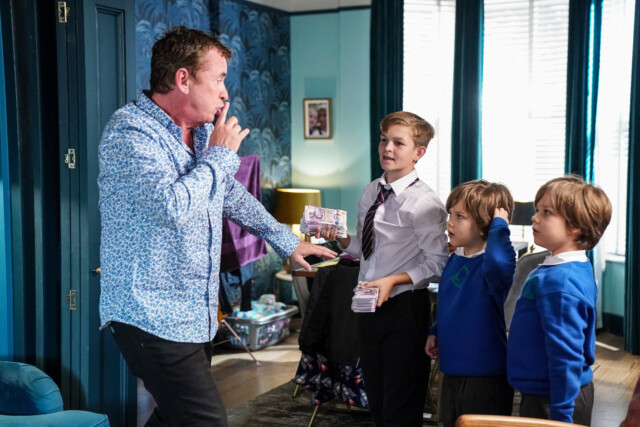 Could he get in trouble with the Albert Square tough man?

Molly Mae warns fans not to get fillers after regretting hers but fears removing...

Montana Brown says Love Island couples feel ‘under pressure’ to stay together to get...