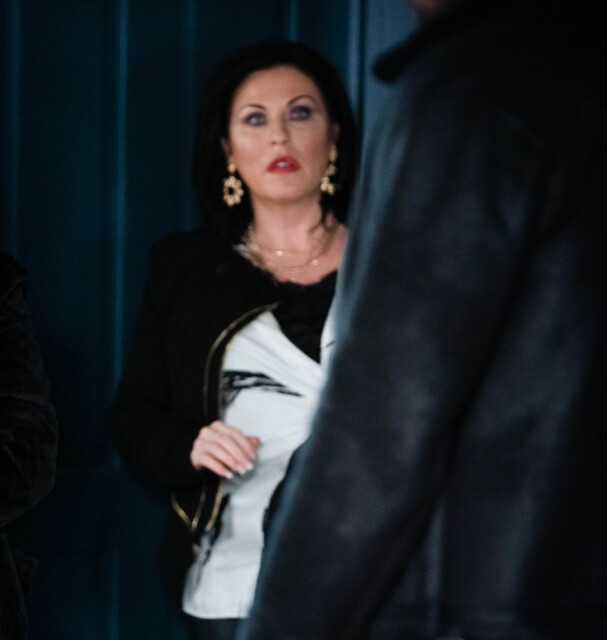 KAT Slater is rocked by a wedding bombshell which leaves her furious next week in EastEnders.

As viewers of the BBC soap will know, the business woman – played by Jessie Wallace – got engaged to Phil Mitchell earlier this month.

Phil was put in prison after conspiracy to murder but recently got let out because he is going to help the police catch baddies.

The mechanic sent letters to his loved ones while he was in prison explaining that there someone in jail after him that was going to kill him.

It made him decide that he had to join forces with the police and work as a police informant for DCI Samantha Keeble.

When he came out of jail he went round to Peggy’s wine bar and gave Sharon Watts, Kat Slater and sister Sam the shock of their lives because they thought he was going to be dead.

Kat told him that she didn’t want anything to do with him because he would be a danger to her children, and moments later he had a romantic moment with ex Sharon.

Phil was left confused and in two minds about who he wanted, but decided to go to Sharon’s shortly after.

He knocked on the door, they shared a passionate kiss and declared their love for one another.

However the mood soon changed when he realised that his brother Grant was calling Sharon’s phone and he accused her of having an affair with him.

But she said the only reason he contacted him was because she thought that Phil was dead.

He stormed off and went straight over to Kat’s and they made up.

The pair are planning to tie the knot very soon.

As they plan their big day, Lily realises that her cousin Kat is upset and wants to cheer her up.

The youngster suggests that they organise a pre wedding party, while Phil gives her a special ring.

Kat is left feeling over the moon when they gather and try on dresses sent by Big Mo for the party.

However Lily and Stacey tell Kat that they have one more surprise for her… and she’s not happy about it.

Will Kat be able to forgive Lily and Stacey?

Love Island boys struck down by norovirus in South Africa villa but bosses...

MPs lash out at Ben & Jerry’s after firm uses Twitter to ‘virtue signal’...

Sadiq Khan calls for people to be FORCED to wear face coverings in shops...