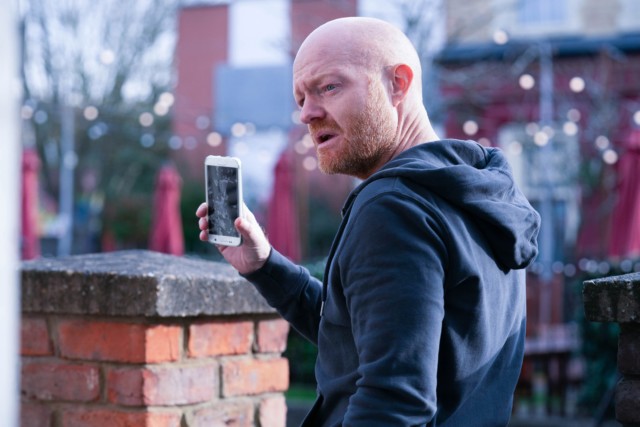 EASTENDERS will kick off Max Branning’s exit storyline next week as he struggles to cope after Abi is taken from him.

Max’s daughter Abi’s life support was turned off in 2018 after she fell from the roof of the Queen Vic and was left brain dead.

Max’s thoughts to to his late daughter Abi

But before she passed away, Abi gave birth to her baby, who is also called Abi.

Next week’s episodes of EastEnders will see Max will continue to reel from his split with Linda and feud with Sharon – and wonder whether he’d be better off leaving Walford after all.

As Max mourns his relationship with Linda, his thoughts turn to his late daughter Abi as he looks after his granddaughter Abi.

Max meets with a clairvoyant and breaks down Max turns to booze to drown his woes

Jack is quick to notice how miserable Max seems, but is too preoccupied with Denise’s disappearance to help him out.

After coming across a flyer, Max meets with a clairvoyant called Bea and breaks down during their meeting.

Later, Rainie confronts Max about his problems after Jack tells her he isn’t himself. She tells Max she’ll keep Abi for another night, convincing him he isn’t fit to look after her.

Viewers will see Max drowning his sorrows with a bottle of whiskey and stumbling around the Square.

Jake Wood has already filmed his final scenes, which will air in mid-February.

It was confirmed back in September that Max – who is played by Jake Wood in the BBC One soap – would be leaving after 15 years playing his character.

He told fans at the time: “I have loved playing Max Branning who amongst other things in that time has had 4 marriages, 10 affairs, 4 children (2 dying from falling from the roof of The Queen Vic), been buried alive, watched unwanted DVDs at Xmas and perhaps most traumatising of all…shared a hot tub with Ian Beale.

“I have made some truly great friends whilst on the show and I’ll miss everyone there. I’m grateful they have left the door open for Max and I’m excited to see what new horizons are around the corner.”

Nightclubs and gigs not set to reopen until Autumn when 90% of people have...

Im a Celeb fans turn on James Haskell after he slams his stupid campmates...

Meghan and Harry by all means demean yourselves, but dont demean our Queen