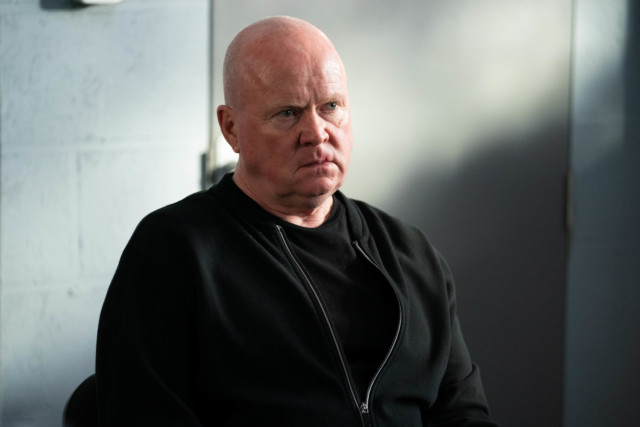 THROWN behind bars earlier this year, Phil Mitchell meets his match in prison next week.

The EastEnders tough man is the victim of a brutal attack and his loved ones are terrified for his life. But DCI Keeble’s offer is still on the table

While in the Square, nobody seemed able to take down iconic thug Phil Mitchell (played by Steve McFadden) – but things are VERY different in prison.

Next week, Phil makes an enemy with another prisoner named Craig and decides to turn to a fellow inmate called Ravi (Aaron Thiara) in a bid to get a burner phone.

Phil knows well how conflict can escalate in prison and when a huge fight breaks out between him and Craig, forcing the guards to step in, he suspects there’s more trouble looming.

Determined to get him on her side and uncover all of his secrets, DCI Samantha Keeble tries to scare him by warning him he won’t survive much longer unless he goes her way – her offer of becoming an informant for the authorities or stay incarcerated remains on the table. DCI Keeble gives Phil 48 hours to make his decision and Craig could easily push him to give up the fight with a sinister death threat.

Knowing he has a target on his back, Phil is desperate and goes to Ravi again, offering him money to back him up.

In later scenes, Craig warns Phil that his time is coming to an end and DCI Keeble arrives to crush all his hopes of backup.

Phil ties up some loose ends by handing her five letters for her and his family – forcing Sharon to come terms with what’s going on.

This prompts Sharon to beg Phil to take Keeble’s deal.

Later on, however, Craig and his men corner Phil…

Earlier in 2022, and as BBC One viewers may remember, DCI Keeble gave Phil the choice between life as an informant for the police or life in prison.

Phil chose the latter to try and protect his family from harm. Or is this the end of the legendary character? Phil gets threatened by another prisoner Another fellow inmate could give him back up But could this be the end for the tough man?

Is Prince Andrew going to the Queen’s Christmas dinner?

Two drug dealers nicked in Parliament as hundreds of crimes recorded at home of...