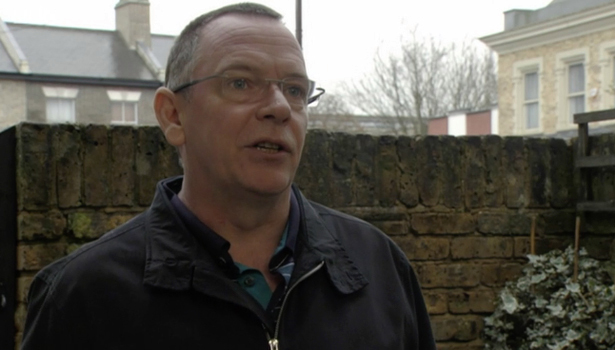 SHARON Watts discovers the truth about Ian Beale’s money problems next week in EastEnders as he kicks her out of the Vic.

Sly Ian offered to take on Max’s half of the restaurant so that Rainie, who Max was divorcing at the time, wouldn’t be entitled to any of it.

But Max was fuming when he discovered that sneaky Ian had used the money to buy Sharon the Queen Vic – and demanded the money back.

Next week’s episodes of EastEnders will see Sharon complain to Linda about Ian’s rude attitude towards her following his admission of love.

Sharon moans that Ian is treating her like any old barmaid after she rejected him and told him she’d never had romantic feelings for him. Linda suggests that Sharon should call his bluff and pretend to walk out to see Ian crumble.

Later, Sharon tries out Linda’s idea and tells Ian that it’s best if she moves elsewhere.

But she’s left flabbergasted when her plan goes disastrously wrong.

Later, Linda mentions to Max that Ian is desperate for cash and Max explains that he signed over his half of the restaurant to him.

Will Sharon decide to use the information against Ian?

Later, Ian tells Sharon that he has a plan to pay back Max and that he’s sorry for taking out his angst on her,  but that he needs some time to sort things out.

Will Sharon agree, or might she start looking for a way to make Ian the one to leave?

Did you miss our previous article…
https://www.hellofaread.com/soap-opera/coronation-streets-ray-crosby-in-hot-water-as-plans-to-steal-platt-family-home-completely-backfire/

Simon Cowell’s furious girlfriend Lauren Silverman accuses him of having an affair with Mel...