GOING from lovers to enemies, Shirley Carter and Phil Mitchell have failed to get along in recent years.

Next week, however, the EastEnders tough man meets his match as his former partner discovers his secret and vows to make him pay.

She gets incriminating evidence against Phil next week 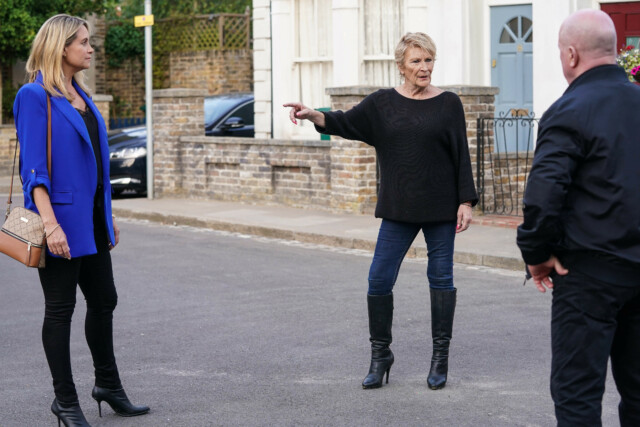 Shirley (portrayed by Linda Henry) has had it in for the Mitchell clan for several years and the feud only got more bitter due to Ben’s involvement in her pal Heather Trott’s death.

In recent scenes of the BBC One soap, she has enjoyed making Sam Mitchell’s life difficult.

Coming up, Shirley blackmails Sam for more money, threatening to tell her brother Phil (Steve McFadden) the truth about her plans to take down the family empire.

Sam (Kim Medcalf) tries to keep a clear head and calls her bluff – but it backfires when Shirley storms off to find the Walford tough man.

After a run-in with Jonah Tyler, Shirley drops a bombshell on Phil by revealing to him that Sam has been scamming him for months and playing him all along.

But in later scenes, Shirley turns all of her attention to her former flame, while at the Vic.

When she notices Phil talking to his lawyer Ritchie Scott, Shirley becomes intrigued.

Phil later receives a mysterious text from DCI Samantha Keeble, asking him to meet her and a curious Shirley follows him.

This leads to her finding some incriminating evidence on Phil which she believes she could use to her advantage.

BBC One viewers will remember Phil agreed to freedom as a police informant after almost being killed behind bars by another criminal.

Both the detective and the baddie have been trying to outsmart each other as Phil couldn’t cope with grassing on other people in the crime empire.

Eventually, Keeble’s personal vendetta against the Mitchell clan soon came to light and Billy Mitchell was arrested for a crime committed decades ago, despite his lack of connections to the criminal world.

Phil tried to get his cousin to leave the country but it was too late – could Billy’s days in Albert Square be numbered?

What will Shirley be ready to do to get revenge on Phil? 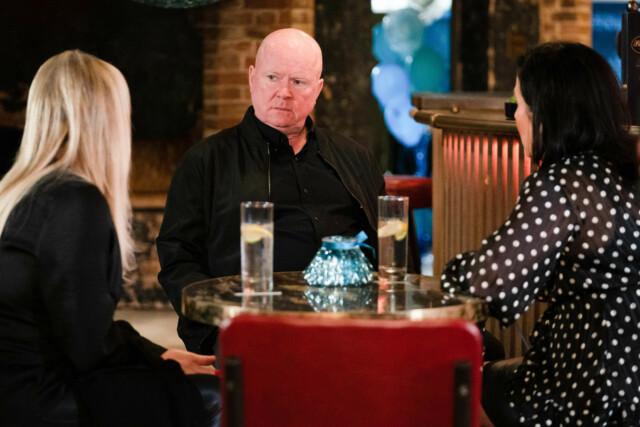 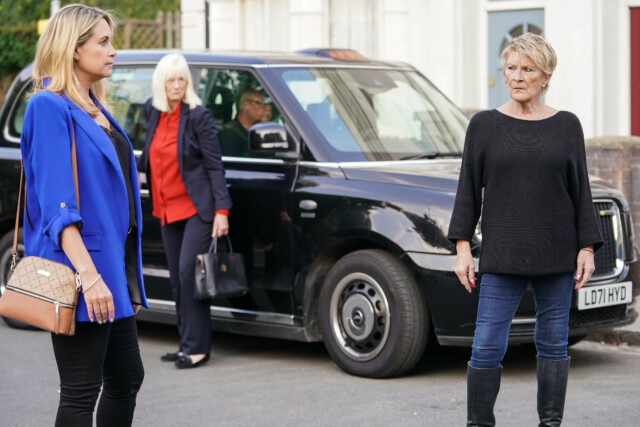 And Shirley could use that against him
Did you miss our previous article…
https://hellofaread.com/soap-opera/coronation-street-spoilers-max-turner-humiliated-as-hes-attacked-and-filmed-by-thugs/

I’m A Celeb Matt Hancock opens up on lockdown-busting affair to camp-mates as stars...

EastEnders spoilers: Bobby Beale and Dana Monroe reunite after she cheated with his brother...