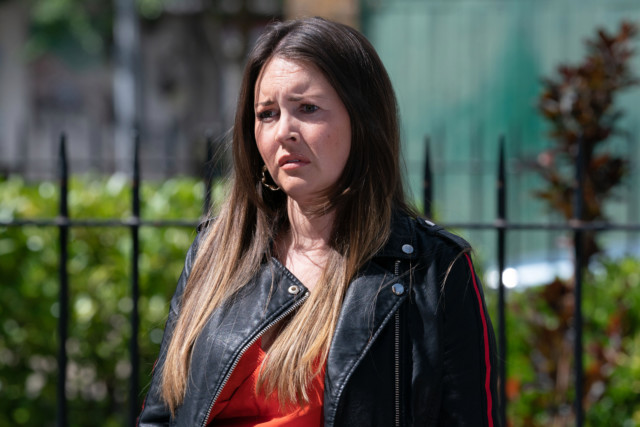 EASTENDERS’ Stacey Slater is set for more heartbreak after Kheerat Panesar betrays her after their spontaneous night in bed together.

Fans of the popular BBC One soap were left shocked when the pair recently got down and dirty in the businessman’s office last week.

Stacey (Lacey Turner) has been feeling pretty low since her return to the square as she had to come to terms with the fact that her ex husband has moved on with her former best pal Ruby Allen.

The KJP Pest Control worker (Jaz Deol) has also been finding things hard after the death of Chantelle Atkins, who is was madly in love with.

Last week Stacey was brutally beaten up by some thugs in the street and Kheerat managed to save her, take her back to his office and clean her up.

The pair soon started to open up about how lonely they both felt and one thing led to another. But it doesn’t look like the pair will be pursuing anything any further as they both agreed that there was nothing between them both.

Although everything seems fine and they both agree that they’re better off as pals, the fact that Kheerat may be involved in driving the Slaters out of Walford could make it seem he’s slightly bitter towards the mum-of-three.

Kheerat’s mum Suki (Balvinder Sopal), is about to partner up with Ruby to try and get them out of town – but don’t worry Stacey definitely won’t let them win.

She throws a spanner in the works and tell Suki about her night of passion with her son – which definitely won’t leave her very impressed. Fans of the show are convinced that Ruby Allen is the one behind Stacey being brutally beaten up.

The club owner – who is played by actress Louisa Lytton – appeared to snap after Stacey dumped a bag of pennies in the club as payment for stealing thousands from Ruby.

Many tool to Twitter to discuss their thoughts and one wrote: “Who Assaulted Stacey? I bet It’s On Ruby’s Orders”

Another added: “Omg I hate Ruby so much, I hope Stacey will be ok.”

EastEnders airs tonight on BBC One at 8:05pm.

Wife of Megan Barton Hanson’s lover sticks by him after he claimed he was...