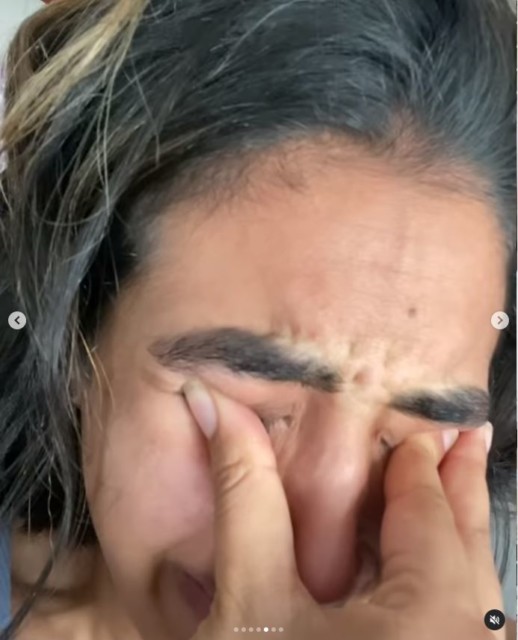 EASTENDERS star Gurlaine Kaur Garcha sobbed on Instagram after visiting sick and starving people in a hospital in Africa.

She said she felt “helpless and emotionally drained” on day four of her visit to Malawi with Khalsa Aid, delivering vital relief to people living in staggering poverty. Gurlaine, 28, has been best known for playing Ash Kaur – the daughter of Suki Panesar – in Albert Square since she joined the BBC show in 2019.

She has taken a break from acting to carry out charity work in Africa, and has been praised for her brave decision.

The TV star said she wanted to show all sides of her journey as she shared a heartbreaking video with her 40thousand followers.

She wrote alongside her videos: “On day four in Malawi we visited a hospital. This was by far one of the toughest experiences of my life. I was unsure whether to talk about it, but I want people to know trips like this aren’t all fun and laughter.

“It’s tough, emotionally draining, and you constantly feel a sense of helplessness. when i set out on this trip I wanted to be real and document the reality of each day. so it’s only fair I share this too.

“We set out with sacks of food and 200 meals for each patient. as we distributed it to each ward i’ll never forget what I saw. people laying on metal bed frames, torn mattresses, some on the floor.

“Kids severely underweight. new born babies not knowing they now exist in a world that is so unfair. the elderly left there frail and lonely.

“These patients get one government meal a day, usually some grains. that’s not enough on a normal day, let alone when you’re unwell. I don’t share my feelings for sympathy, I share with the hope people watching realise how lucky they are, how privileged we all are and how AMAZING our nhs is. count each day as a blessing.”

Gurlaine repeated her sentimentst through tears in the videos, which she accompanied with photos taken from within the hospital ward.

Gurlaine joined EastEnders in 2019 and has been at the centre of huge storylines – including her family disproving of her relationship with Iqra due to their different religions.

Viewers saw Ash Panesar leave Walford in January but the character was given a low-key exit and Gurlaine has not said whether she’s quit for good.

Her exit from the show came after an eventful week for Ash as her sexuality was thrown into the spotlight.

Last year, Gurlaine spoke about auditioning for the soap and being told she had nabbed the role.

The actress told Inside Soap: “It’s still surreal! I’ve been on the show for over a year, and continue to have moments where I think, ‘I can’t believe I’m here’.

“You get actors who want to go to Hollywood, but genuinely, my dream was to be in Walford with the likes of Jake Wood (Max) and Adam Woodyatt (Ian). And now, my castmates are like a second family.

“When I auditioned for EastEnders, I said to my Taekwondo instructor that I can really relate to Ash.

“She’s strong, kind, has her head screwed on and knows what she wants. Ash isn’t afraid to speak her mind, and I think that’s great.” Gurlaine is best known for playing Ash, the daughter of Suki Panesar, in Albert Square

Why do MPs wear a wheat sheaf? Meaning explained

Ant and Dec take cover from Storm Alex under huge brolly as they film...

Conservatives lead Labour by 17 points in Hartlepool by-election as Boris set to add...