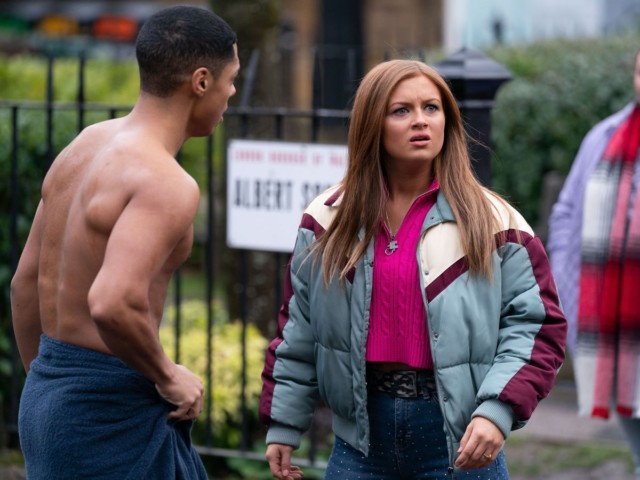 EASTENDERS star Maisie Smith will reportedly quit the soap at Christmas, according to reports.

The actress – who plays mortician Tiffany Butcher-Baker in the BBC soap – is said to be planning on launching a film career instead of renewing her contract when it comes up in October.

Maisie is said to be quitting the show later this year

Quitting would see Maisie bow out at Christmas after 13 years on the soap.

A source told the Mail Online that Maisie had ambitions to crack Hollywood like co-stars Ben Hardy and Himesh Patel.

They told the publication: “Maisie is hugely ambitious and wants to test herself away from soaps.

“Starring in movies is a personal goal and seeing how well Ben and Himesh have done, it’s given her hope she could be the next box office star from EastEnders.

The actress plays Tiffany Butcher-Baker in the soap Maisie is hugely ambitious and wants a Hollywood career “The only stumbling block is whether COVID-19 and the knock-on effect of the pandemic will dilute the pool of acting opportunities.

“If it remains bleak, the sensible move might be staying put for another year. But the intention is to leave in October.”

The source insisted that Maisie doesn’t want her character to be killed off – and may return one day.

“Maisie loves EastEnders and idolises some of her co-stars, some of whom have been great role models for her,” added the source.

“She believes the soap has been the perfect place to learn her trade and she owes them so much. Leaving will be a wrench but at least she knows she could return.”

The actress recently starred in the last series of Strictly Come Dancing, narrowly missing out on the glitterball trophy.

It is said that her team are keen to take advantage of the popularity boost she received from the show.

EastEnders star’s driving ban for speeding is slashed after he says he’s too FAMOUS...