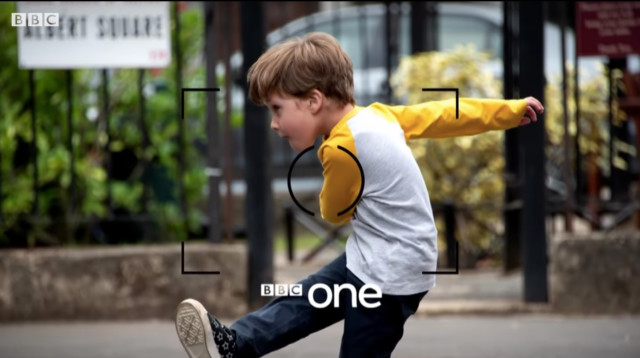 EASTENDERS has released its explosive comeback trailer and Mick Carter’s son Ollie looks to be in danger.

The toddler – who is Mick and Linda’s youngest son – can be seen playing football while a mysterious woman takes pictures of him.

Ollie is being stalked by a strange woman The mystery woman is yet to be revealed

Mick is oblivious to the woman taking an unusual interest in his son and it remains to be seen what the stalker wants.

Stacey Slater’s return clash with former best friend Ruby Allen is also hinted at as she asks why Ruby isn’t pleased to see her.

Viewers know that Stacey’s husband Martin has moved on and in with Ruby during lockdown. Stacey’s return is set to be explosive And in a chilling moment Chantelle Atkins seems to be being tortured by evil husband Gray Atkins.

She sits in a bath as she begs him not to do something to her.

Spoilers have revealed that Chantelle will finally realise she needs to break free from Gray’s clutches after months of torture during lockdown next week in EastEnders.

The upcoming scenes will see her organise to meet with one of Gray’s rival law firms to seek out the best divorce lawyer.

But when the hairdresser realises it’s going to be expensive, she meets with Kheerat to ask if he can lend her money.

Later, when Kheerat asks her what she needs it for, Chantelle admits she wants to divorce Gray.

And as he promises to help her, the pair share a moment.

Later, Chantelle hatches a plan to escape with the kids while Gray heads off to work.

I bought a £569 iPad on Amazon but what the courier delivered instead left...

Call of Duty Warzone: How to unlock Nakatomi Plaza Vault from Die Hard and...