Frankie Lewis (played by Rose Ayling-Ellis) said goodbye to the Walford residents in tonight’s episode as she leaves to move to Scotland.

Fans were emotional watching her farewell

Mick paid tribute to his girl

The teaching assistant took on a new job with deaf student Esme requiring her to move up North.

In an emotional speech, Mick said: “My girl Frankie is going to smash it teaching up in Scotland because she’s taught me a few things over the last couple of years.

“If I knew I had a baby all them years ago, a beautiful soul, I would have fought anyone to have them in my arms. So Frankie… I love you.”

Viewers were left balling their eyes out as Frankie said her goodbyes.

Taking to Twitter, one said: “Don’t want Frankie to leave!”

Another wrote: Micks speech and sign language to frankie” followed by a string of crying emojis.

A third penned: “Not me crying at Frankie last scene.”

Frankie first appeared on the BBC soap in 2020 searching for her dad.

She was part of a harrowing storyline about child abuse when she found out Mick was only 12 when she was born.

Frankie supported him through his court case when her mum was found guilty of child abuse.

More recently, Frankie was sexually harassed during a night out and decided to report it to the police.

But there was little they could do due to a lack of identify and character description.

In tonight’s episode, Frankie admitted she is still wary about taking the tube alone.

But Mick told her to never lose her free and kind spirit she had before she arrived.

A strong and confident Frankie left for the tube on her own after saying goodbye to Mick, Linda and Shirley at the station.

Also in the episode, Mick found out his girlfriend Janine (Charlie Brooks) was pregnant with his baby and on her way to the abortion clinic.

Mick raced to find her before she made her decision and told her they make a good team, but it is ultimately her decision if she wants to keep their baby.

Later, Mick comes round to the idea of having no more kids – but Janine returns happy and ready to start a family with Mick and raise their baby together.

Will Mick be honest with Janine?

EastEnders airs Mondays, Tuesdays, Wednesdays and Thursdays on BBC One at 7:30pm. 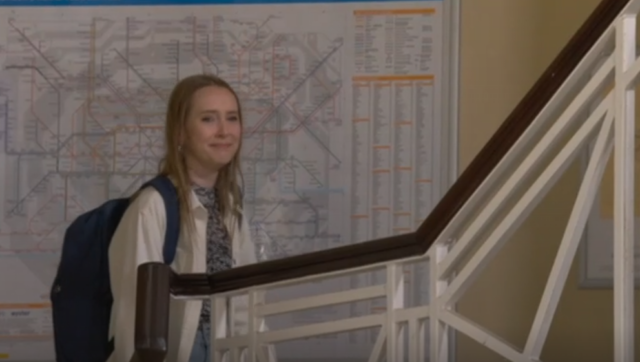 Frankie waved goodbye as she headed out of Walford 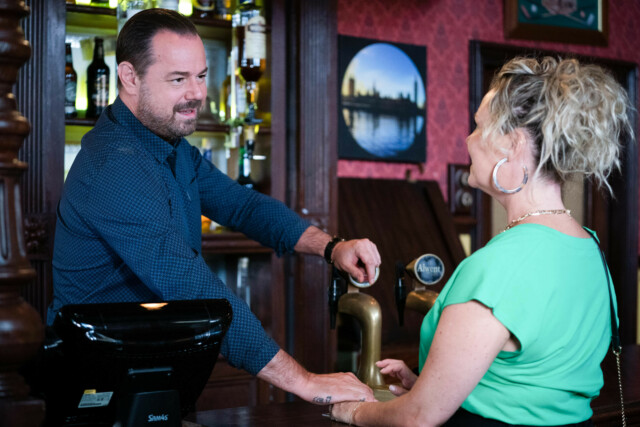 Janine decides to keep her baby

Kate Middleton, Ellie Goulding and Rebel Wilson lead the glamour as they arrive for...

EastEnders Martin under fire after he tells Sonia sex with her was the WORST...