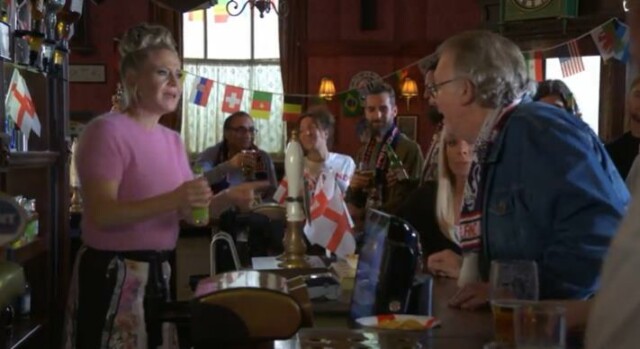 MANY Brits are ready for this year’s World Cup and the enthusiasm has reached Albert Square.

However, EastEnders viewers threatened to switch off from the soap altogether last night, annoyed by all the footy references.

But viewers had one major complaint 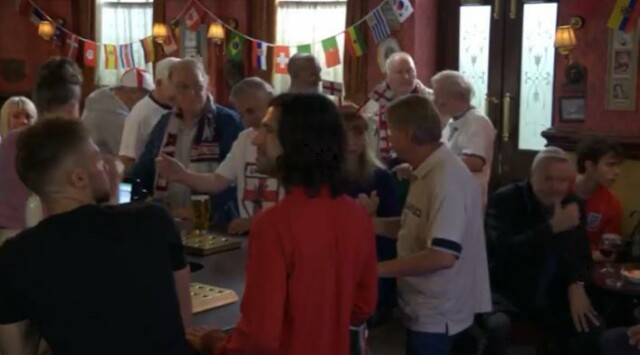 The Three Lions are ready to shoot their shot, four years after losing brushing past victory.

Football fans are eager to watch our lads take on the USA on November 25, and Walford residents make no exception.

But after last night’s trip to the fictional London borough, BBC One viewers were left exasperated.

Most of them couldn’t stand the multiple references to football during last night’s instalment of the long-running drama.

Before long, they stormed over to Twitter to express their thoughts, admitting they believed the show was laying it on thick.

“EastEnders is overdoing it a little with the football references tonight. We get it. The World Cup has started. BORED!”, one soap fan fumed.

Another questioned: “Is EastEnders being sponsored by The World Cup?”

“The amount of World Cup/football talk in tonight’s episode…someone make it stop. No need to bombard us”, a third viewer wrote.

One fan threatened: “EastEnders desperately trying to round up interest in the World Cup when loads couldn’t care less. Switching off!”

“Football this football that, it’s the world bleeding cup WE GET IT NOW LEAVE IT #EastEnders I’ll be back when it’s over!!”, another echoed.

But the footy frenzy wasn’t a big enough distraction for some residents in Albert Square.

While many of her closest friends and her partner Jay Brown (Jamie Borthwick) know about her brain tumour ordeal, Lola is keeping the truth from her daughter Lexi.

Thankfully for him, he received words of encouragement from Freddie Slater (Bobby Brazier) which helped him keep on a brave front for Lola.

And it was also a milestone for her former husband Mick (Danny Dyer) as he accompanied Janine Butcher (Charlie Brooks) to her first baby scan.

Despite her baby joy, Janine has remained true to her villainous nature by taunting Linda with her pregnancy. 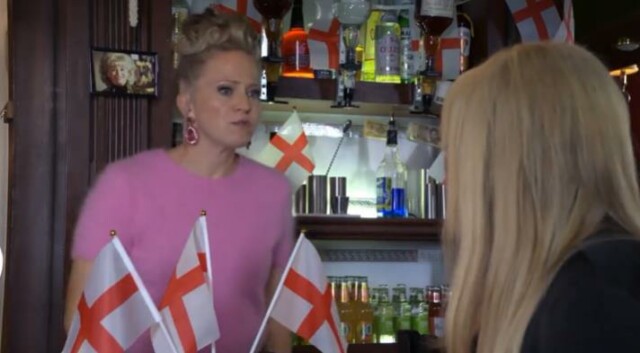 Linda was left alone in the Vic 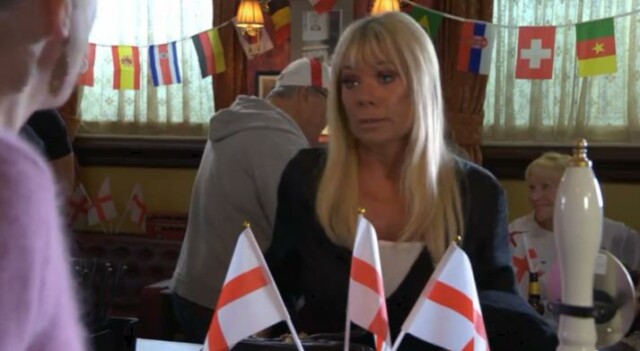 Her pal Sharon Watts was there to help

Carrie Johnson has been ‘unsung star of G7 show’ in first major role as...