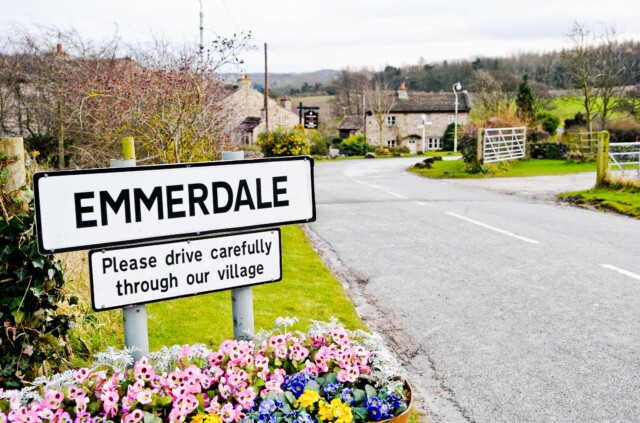 EMMERDALE and Coronation Street is airing a special hour-long episode tonight as the World Cup continues to play havoc with the soap schedules.

The ITV soaps are facing a scheduling nightmare as the football competition began in Qatar last week.

Emmerdale will air an hour-long special tonight at 6pm

Running from November 20 to December 8, the tournament will air on both ITV and the BBC – with the soaps schedules in chaos because of it.

Emmerdale usually airs at 7.30pm, Monday to Thursday, with an hour-long episode on Thursdays.

And Corrie follows at 8pm on Mondays, Wednesdays and Fridays with hour-long editions.

However, tonight (November 27) Emmerdale will air an hour-long episode at an earlier time of 6pm and Coronation Street will follow straight after at 7pm.

It comes after neither soap were aired on the Friday night as England took on the USA in the world cup.

Emmerdale and Corrie were left furious with the schedule shake-up, with one venting: “Bloody football! The soaps are always the first to be moved!”

While another said: “Why are soaps all ways move around because of football there sport channel for reason… #eastenders #emmerdale #Corrie.”

This soap fan was not happy: “The World Cup is going ruin the live tweeting of #Emmerdale and #Corrie. Some already seen this week’s eps.”

I’m A Celebrity fans are all saying the same thing about Matty Lee after...