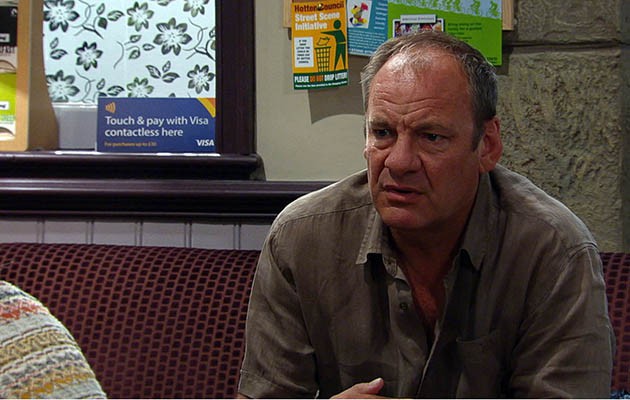 ACTOR Nick Miles – who plays Jimmy King – has warned Emmerdale fans to brace themselves for the child abuse storyline as he confirms his character is in for an awful time.

Viewers have watched Jimmy get unfairly accused of abusing Jai Sharmas son but will the truth about who really hurt Archie Breckle come out? Heres everything you need to know

What has Jimmy been accused of in Emmerdale?

Viewers recently watched Jimmy get caught in the firing line in Emmerdale as he was accused by Jai of lashing out and bruising his son Archie.

When a number of older marks were then spotted on Archies skin, Arthur Thomas blamed Jimmy for the damage.

A horrified Jai then understandably went on the warpath, confronting Jimmy about abusing his son.

Are the accusations against Emmerdales Jimmy true?

A stunned Jimmy was quick to deny that he’d caused the bruises, which were actually made by an angry Arthur.

Arthur is struggling to cope with his mum Laurel replacing his dad with partner Jai, and has been taking out his anger on his son.

Unhappy about Jai coming to Ashleys birthday picnic, Arthur recently lashed out at Archie and knocked him unconscious to the floor.

Laurel and Jai assumed he’d fallen, but then found other faded marks.

Instead of owning up to the bruises, a panicked Arthur was quick to wag the finger at Jimmy.

What has Emmerdales Nick Miles said?

Nick Miles has confirmed that Jimmy is in for a terrible ride as the abuse storyline unfolds.

Appearing on ITVs show Lorraine recently, he discussed how Jimmy had been struggling with his childcare duties and confessed there’s more trouble for the character on the horizon.

He confessed: Its awful for him.

Hinting at the dark storyline, he added : It will rumble through up until Christmas.”

However, Nick did not reveal how the plot will next unfold and viewers will have to tune in to Emmerdale to find out.

What will happen to Arthur in Emmerdale?

As Arthurs hatred towards Archie continues to grow in Emmerdale its likely we can expect his behaviour to worsen towards the grieving boy, who has also recently lost his mum.

But will Arthur see the harm his false allegation could do to Jimmy and be honest?

Or will he make Jimmy take the fall to cover his antics?

Fans will have to wait to find out what will happen to Arthur in Emmerdale as exact plot details are being kept under wraps for now.

UK weather Bank Holiday forecast – Brits to be LASHED by rain as temperatures...

Hollyoaks Child Stars: Where are they now? From Game Of Thrones’ Nathalie Emmanuel to...