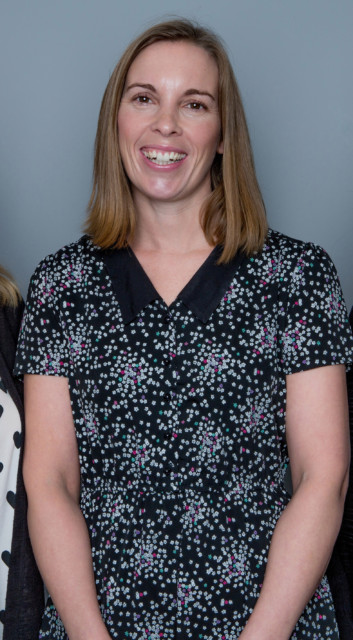 EMMERDALE boss Jane Hudson has revealed some massive spoilers for the rest of the year.

While Jane refused to reveal who would be the big comeback, she confirmed it was happening – and she hinted at a huge surprise for Christmas.

Speaking to HOAR Online and other media, Jane said: “When Christmas Day is over and done with and you’ve opened all your presents, there’s a massive present when Emmerdale comes on.

“There’s such a surprise box ready to be opened, I think all the viewers will be watching the screen with their hands over their face going, ‘No, I did not see that coming!’ I can’t wait for the Christmas Day episode.”

Speaking about Kim’s comeback, Jane confirmed that actress Claire King had already returned to filming and she would be back on screen next month.

She said: “We’ve got Kim Tate back with us soon. Kim always has her eye on her next man and there is one lined up and I think that’s going to surprise people when they see where Kim goes next!” Kim Tate is getting a surprising new love interest Jane also confirmed that Claire King has returned to filming

But while Kim is getting more love in her life, her son Jamie’s girlfriend Belle will be in for a traumatic time.

Belle has stuck by boyfriend Jamie even after discovering he was responsible for Moira’s hit and run – though fans suspect she is scheming against him.

And Jane has teased a huge twist coming that will leave Belle in danger.

She said: “The Belle and Jamie saga, part one will be coming to a head very soon.

“There will be a twist in there and then it gets worse for Belle for quite some time. There’s a lot more to come in that story. Not all is as it seems.”

Jane also teased the soap’s three newcomers and how they will cause havoc in the village later this year. Jane said: “Moira’s brother is arriving and of course he’s coming with a secret that you think you’re going to find out but then there will be another revelation further down the line.

“He’s a troublemaker, he’s good looking, he turns heads, he doesn’t care what anyone thinks.

“He’s going to mess things up with the Tates and the Dingles, he’s a force to be reckoned with.”

She also added on Manpreet’s secret sister Meena: “We’ve got Manpreet’s sister who again, is not backwards in coming forwards!

“She’s quite a character and we find out exactly why Manpreet hasn’t spoken to her for all these years. She gets her own way and goes after what she wants. Jane also spoke about the three newcomers arriving in the village

“The men of the village need to watch out because she’s got her sights set on some of them. She’s great, so much fun and a real firecracker. We’ve got a lot coming up for her.”

Jane also opened up about the decision to give Aaron Dingle a new love interest.

She said: “We’ve also got Ben, who is going to be Aaron’s new love interest and that’s not going to be the easiest road because it’s Aaron and it never is!”

And she teased a battle for brothers Ellis Chapman and Billy Fletcher which will see the boys pitted against each other in the next few weeks.

“We’ve got a huge Ellis/Billy explosion coming up soon which I watched the other week and it’s absolutely fantastic,” Jane added.

“Brothers at war is where we’re heading with those two.”

Jane also teased how pregnant Tracy Metcalfe will have a “non-traditional” birth.

She said: “We’ve got Tracy‘s pregnancy, Cain’s about to become a grandad again, he’s still not on best terms with Nate so how’s that going to pan out?

“I’m sure you can imagine it won’t be a traditional birth!”

Did you miss our previous article…
https://www.hellofaread.com/soap-opera/hollyoaks-shock-as-lisa-loveday-is-murdered-by-her-cousin-toby-faroe/

Office rights explained: What temperature is too hot to work in?

I was refused entry into pubs for wearing SHORTS in 30C heatwave – it’s...

Boris is in trouble because Tories are jealous of his charisma – but he...

New harsher coronavirus tier system could be needed over the winter to control spread,...