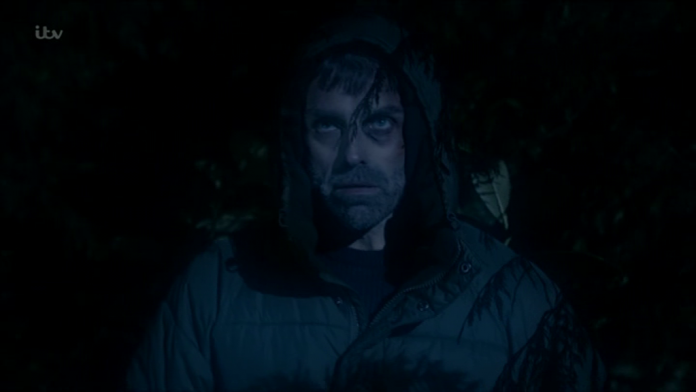 EMMERDALE viewers are disgusted rapist Pierce Harris is back and have accused the soap of torturing another rape survivor.

The evil abuser – who is played by actor Jonathan Wrather in the ITV soap – was revealed as Rhona’s partner Graham Fosters murderer tonight.

Pierce brutally abused and raped Rhona on their wedding day and was later sentenced to five years in prison in 2017.

But his release and return has horrified fans who have slammed the soap for the decision to revisit Rhonas trauma and allow him to cause her more pain.

They say it is triggering for real life survivors of sexual assault.

One wrote: “Ughh Pierce is back! Stay away from Rhona!! #Emmerdale xx”.

He brutally raped Rhona on their wedding day

A second said: “ffs, so after all that it was the jealous former husband and vile rapist #emmerdale #whokillsgraham Why is he back on the screen????????????”

Another added: “After the uproar of Victoria and Wendy’s story going on too long, #Emmerdale decide to bring back another rapist … I wonder if Wendy will defend this one too for months on end …. #WhoKilledGraham.”

The show was also criticised for its handling of Victoria Sugdens rape with her rapist returning to demand access to the baby after she fell pregnant.

Even after rapist Lee was murdered his mother continued to harass Victoria and has since moved into the village.

Last week she tried to access Victorias medical records after seeing she had visited the doctors.

One previously wrote: “Youve built a story where youve made a rape victim obligated & sympathetic to her rapists family after they harassed, slandered and stalked her 4 months and you think you should be rewarded for that?!??

“Utter garbage. Have at least enough decency to show some shame.”

Another added: “Seeing Victoria a rape victim being forced to deal with her rapists family is awful, now the possibility that she might end up dating her rapists brother is highly unpalatable indeed.

“Every time Wendy\Luke appear I just want to see the back of them & not engage at all. #Emmerdale”

Kate Middleton and Prince William are ready to move on from ‘glorious prison’ of...

All shops could still reopen in 12 days time even if coronavirus alert state...