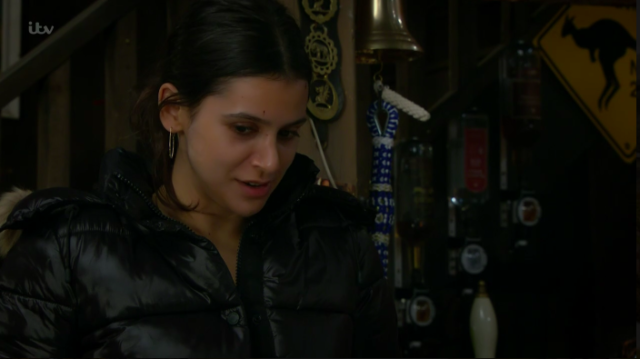 EMMERDALE fans all had the same complaint as evil Meena Jutla insisted she was ‘just getting started’ after her killer rampage.

The twisted nurse has claimed a number of victims in recent months in the ITV soap, most recently – it seems – her sister Manpreet.

Emmerdale fans all had the same complaint after Meena Jutla insisted she’s ‘just getting started’ after killer rampage
Who will be Meena’s next victim?

Wednesday’s episode saw Meena dragging her sibling’s body out of the house in a body bag, and there was no sign of Manpreet in tonight’s double bill.

Instead, Meena was desperate to find a ring that was missing so she could add it to her sick tin containing momentos from all her victims.

Having spotted Noah giving the ring to Samson to hide, she hid out of sight until the teen left the house and then got it out of his hiding place.

But before she left, she clocked that Vinny had started an evidence board in a bid to try and clear Liv’s name after she was wrongly charged with Ben’s murder.

Meena took a picture of Ben from the board and added it to her collection once back in her room, before deciding to get rid of the evidence.

After learning from Jacob that Liam had been working at his allotment and had set up a memorial area for his daughter – and Meena’s victim – Leanna, she headed there under the cloak of darkness and dug a hole.

Placing the tin inside, she looked up to the sky and said Leanna could watch over it, but added with a twisted smile: “This doesn’t mean I’m finished, not by a long shot.

“If anything, I’m just getting started.”

However for some viewers, this is not what they wanted to hear, after growing tired of the storyline.

Taking to Twitter, one wrote: “I’m absolutely fed up with the Meena show, when will it end?”

Another added: “And it’s going to go into another week with mad Meena.”

A third tweeted: “Yet another episode and Meena still isn’t found out.”

Seven crucial mistakes Liz Truss made that saw PM forced out after just 44...