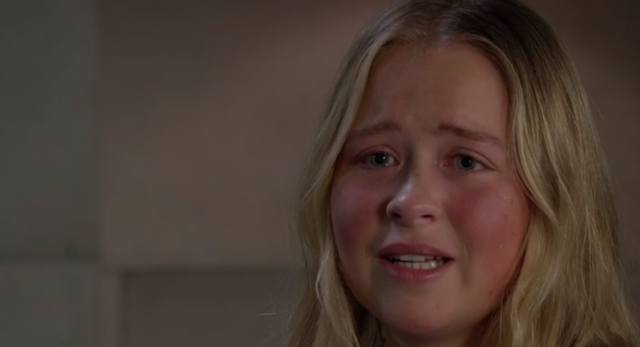 EMMERDALE fans are terrified Liv Flaherty is about to be murdered by her mum’s boyfriend Terry.

The alcoholic – who is played by actress Isobel Steele in the ITV soap – was warned tonight that Terry will come after her for bringing the police to his door.

Fans are terrified Liv will be killed

The police questioned Liv’s mum Sandra over her scheme and made it clear that her ‘no comment’ answers were not helping her, and in fact would do her and Terry harm when it comes to trial.

She was released on bail but couldn’t resist going back to the village to try and manipulate Liv one more time.

Sandra begged Liv to drop the charges, insisting that it would be the only way to stop Terry from attacking her.

However after everything Sandra had done, Liv didn’t believe her.

Even when Sandra begged, it wasn’t enough.

But despite Sandra warning Liv that she couldn’t stop Terry, Liv brushed her off and kicked her out.

Sandra went back to meet with Terry and give him the bad news.

“She thought I was bluffing,” Sandra said to Terry as she climbed into his car.

“I don’t make empty threats,” Terry fumed before smashing his hands onto the wheel.

“And if she has to learn the hard way,” he added as Sandra began silently sobbing.

Fans are terrified for Liv and think Terry’s going to try to kill her.

One wrote: “I guess Liv will be murdered now, so Scamdra can say ‘I told you so'”

A second said: Aw Liv, hasn’t she already been through more than enough this year? Alcohol poisoning, wrongly charged/imprisoned for murder, disowned by her own Brother, her Mom totally tryna con her & still even more to come unfortunately. Just can’t catch a break poor thing.”

And a fourth warned: “Terry is a very bad man Liv needs to be careful.” 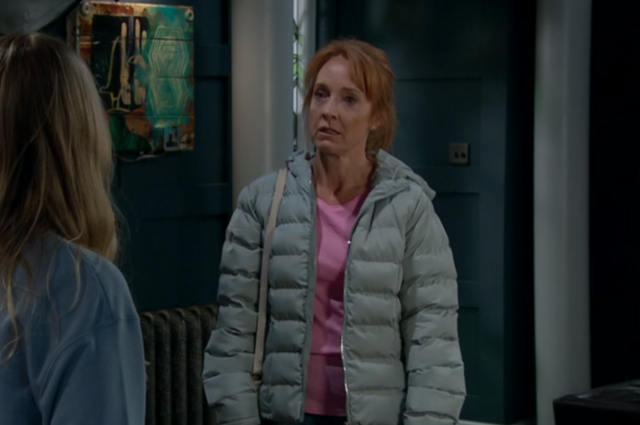 Sandra tried to warn Liv of the danger

Knife crime has increased in every police force in England and Wales over the...