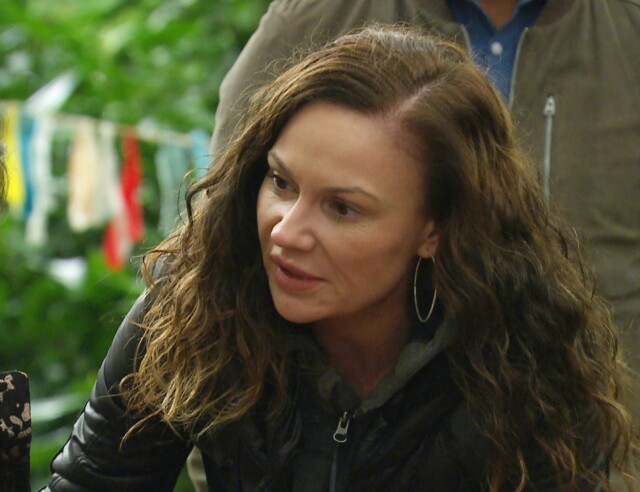 EMMERDALE fans are all saying the same thing after Chas Dingle ended her affair with Al Chapman.

The Woolpack manager – who is played by actress Lucy Pargeter in the ITV soap – has been carrying on with the man who ruined her life in an attempt to distract herself from her mum’s terminal cancer diagnosis.

Chas and Al have been sleeping together

In tonight’s episode Chas was shocked when she discovered Al had dumped girlfriend Kerry Wyatt after she accused him of cheating.

She went to find out what happened and to sleep with him again.

But Al made a shock confession, telling Chas: “Chas I care about you and it kills me every time you go home to Paddy.”

She told him: “I told you this is purely physical, if your ego can’t handle that…

“I am literally telling you: I have no feelings for you. We have sex, I go home and I don’t even think about you until I next get the itch.

“I don’t trust you to not hurt Paddy and I can’t allow that. You’ve changed the rules.

“This doesn’t work anymore, so it’s time to pull the plug. It’s over, Al.”

Al was devastated and wanted Chas to reconsider but instead she walked off – and went home to seduce her husband instead.

Meanwhile Al made a decision and instead of leaving the village, he went crawling back to Kerry and got back with her.

Fans are completely sick of the affair and hope it’s done and dusted.

One wrote: “I thought that Chas could handle the emotional side of the affair. Playing it cool. So if she has feelings & Al has feelings now what?!”

A second said: “Chas ends her affair with Al! Well I never!”

Unemployment rate rises to 5% as 1.72million now without a job

Meghan Markle has the ‘world’s most beautiful feet’ while Emma Watson’s are ‘near perfect’,...