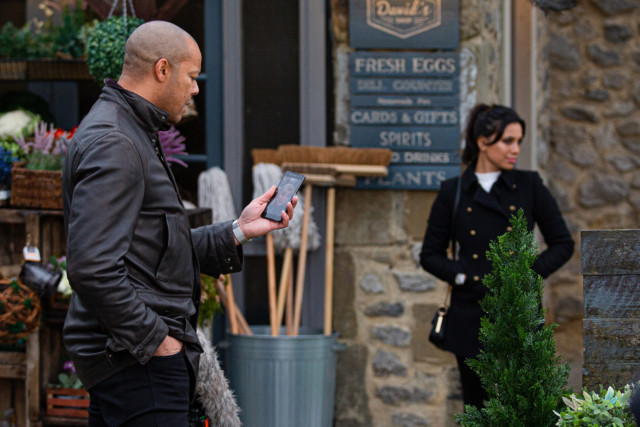 EMMERDALE fans think Priya Sharma overplayed her hand tonight and has exposed herself for fraud.

The businesswoman – who is played by actress Fiona Wade in the ITV soap – framed her cheating ex Al Chapman for stealing from the business to ruin his life.

Tonight she almost confessed after he manipulated her, but when Kim let slip Al’s plan, Priya turned the tables on him.

She told him she would confess and went to meet Kim with him.

But when they got in front of Kim, Priya revealed her plan – and pretended Al had come to confess to it.

When Al called her out, Priya pretended Al had confessed to her.

“You ran up debts, you were desperate,” she told a shocked Al.

“Just tell the truth for once. Kim, he asked me to come with him to persuade you not to involve the police.

“I felt sorry for him but now he’s trying to frame me again.”

Al lost it but sounded demented as he raged about Priya setting him up and being behind everything.

Kim had had enough and demanded her money back immediately or Al would be going to prison.

But as soon as she was out of earshot, Priya told Al exactly why she had done it.

She said: “You seriously underestimated me, didn’t you?

“The fraud wasn’t Debbie’s idea – it was mine. I got your passwords, I made the bank transfers, I even persuaded you to put your grubby little fingerprints all over the money to leave a paper trail.

“All the love bombing, the sincere apologies, the empty promises. More lies just to get me to hand over that money.

“Save your lies and your begging for Kim because you are never going to see a penny of that money.”

However, fans think Priya has overplayed her hand by confessing in Home Farm where there are cameras everywhere.

A second said: “Al has it on the phone , Kim has the room bugged”

Another added: “If al had any brains (not just a hazelnut rocking around in a walnut shell) he would have been recording his conversations with Priya and debbie and had all the proof he needed…”

EastEnders Tamzin Outhwaite reveals she ALSO works a series of odd jobs as she...

Primary school is slammed for getting kids to write letters attacking Boris Johnson during...