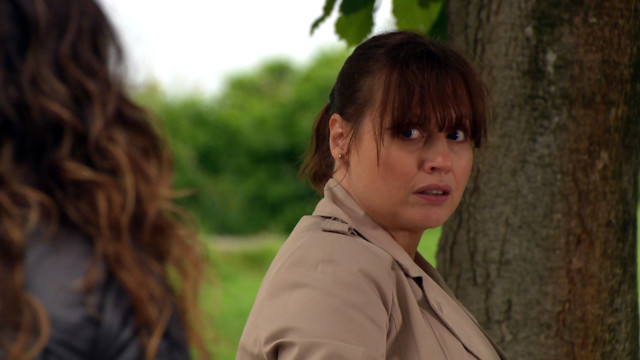 EMMERDALE fans cry to tears of relief for Lydia as she finally agrees to take a Huntington’s test.

Having put it off for some time, she decided to face her fears and get tested to see if she does in fact have the disease.

Lydia has agreed to take the Huntington’s test

The cleaner appeared very out of character as she snapped at husband Sam forgetting to make an important call.

Fans would see her blast Sam yet again as he told Chas: “I’ve let her down.”

Sensing something was wrong, Chas asked if Lydia he yelled at Sam like that before, to which he said no.

The mother-of-two took matters into her own hands and had a chat with Lydia to find out what was wrong. She would tell Chas that Sam wants her to take the test which left her frustrated, especially as she believes she has Huntington’s.

Lydia, trying to play down the enormity of the situation, didn’t understand why it was such a big deal, to which Chas bluntly responded: “That’s because it is a big deal, we both know that.”

She understood that her choice was not only weighing on her mind but Sam’s too, so she decided: “No more sticking my head in the hand, I’m going to take the test.”

An emotional Lydia said she is doing it for Sam and asked that Chas does not mention the news to her family for now. Fans were frustrated at Lydia’s delay in getting the test and some even speculated her irritability might be due to a different reason – that she’s pregnant.

One fan tweeted: “Get the test Lydia and then you will know.”

While another user said: “So, anyone else think Lydia might be pregnant?”

Did you miss our previous article…
https://www.hellofaread.com/soap-opera/eastenders-star-maisie-smith-caught-smoking-spliff-behind-the-wheel/

Are DIY shops open in lockdown, including B&Q and Homebase?