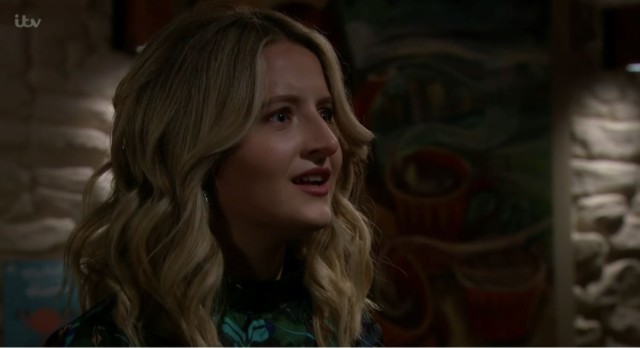 EMMERDALE fans are disgusted at Noah Dingle after he tried to ply Amelia Spencer with booze to rape her.

The twisted teenager tried to ply younger Amelia with vodka in tonight’s episode.

He was planning on sleeping with her to make ex Chloe jealous.

However, his sick scheme backfired when Amelia had the strength to not drink his heavily weighted drinks.

After encouraging Amelia to down vodka, Noah tried to get her to sleep with him in his twisted attempt to make ex Chloe Harris jealous.

But she saw right through him and exposed his plan.

“You know he’s trying to get you drunk, don’t you?” Chloe told Amelia.

“It’s the only way he can actually get someone into bed.

“I just hope it’s your first time then you won’t be too disappointed when he’s too drunk to do anything.”

Exposed, Noah sniped back: “I didn’t have to do that with you, you were easy. I wasn’t too drunk, I just didn’t fancy you.”

Chloe told him he was pathetic and walked out – and with his plan in tatters, Amelia tried to make him feel better.

But the cruel teenager decided to insult her instead.

“Come on Amelia, no-one would look at you twice – not even with a load of make-up. You’re nothing special and you never will be.”

Viewers were utterly disgusted with Noah and the storyline.

One wrote: “Noah is a nasty, vindictive little. He can’t stand rejection and belittles and manipulates for his own gain. That’s seriously dangerous. Treats women like dirt.”

A second said: “I hate this storyline. It’s just so unnecessary.”

Another added: “Can Noah go back to being a mute? Thanks.” But she saw right through him and exposed his plan

Did you miss our previous article…
https://www.hellofaread.com/soap-opera/eastenders-lucy-beale-actress-casey-anne-rothery-is-unrecognisable-26-years-on-from-soap-debut/

Coronation Street’s Adam Barlow frames Gary Windass for attack on him – to protect...