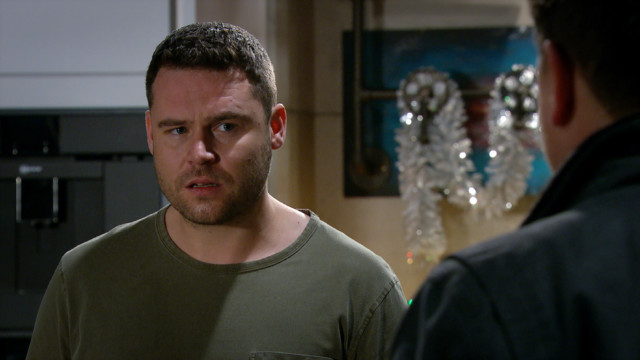 EMMERDALE fans are disgusted with Aaron Dingle for attacking Vinny after Liv suffered another seizure.

The mechanic – who is played by actor Danny Miller in the ITV soap – was on a date with Ben when his sister Liv suffered another epileptic fit.

Aaron Dingle lashed out at Vinny after Liv had another seizure

She was rushed to hospital and when Aaron arrived he decided it was Liv’s boyfriend Vinny’s fault.

He told Vinny and his dad Paul: “You two can clear off – you obviously haven’t looked after her properly.”

And after ranting at the doctor, he turned on Vinny outside the room.

“How do you expect me to stay calm when Liv’s in that state?” Aaron raged.

Liv had an epileptic fit “I said to you this morning I didn’t want to leave her but you wouldn’t listen.

“And you told me you’d look after her but she’s ended up in hospital.”

He added: “Let’s just get one thing straight, right.

“I’m her brother, yeah? I’m family. You’re just a lad I let live in our house and now I’m starting to think that was a mistake.

“If she needs looking after, I’m going to be the one to do it. I don’t need you hanging around so maybe it’s time you started packing your bags.”

Paul then stepped between Aaron and Vinny and made it clear he wouldn’t stand for him threatening his son, forcing Aaron to back down.

Fans were disgusted by Aaron’s behaviour and flocked to Twitter to rage about him.

One wrote: “Perhaps Aaron needs to educate himself about epilepsy. He can’t blame everyone else each time it happens.

A second said: “Will never understand all this Aaron love, he’s nothing more then miserable, little thug and s playground bully!”

Another added: “Vinny getting blamed for Liv’s epileptic fit makes sense how Aaron? You bully