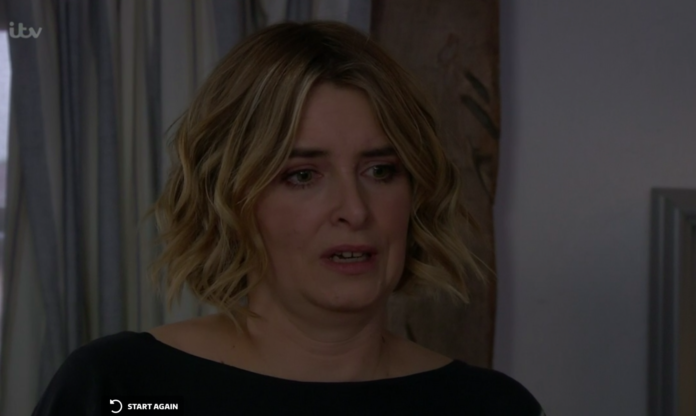 EMMERDALE fans are in tears after Charity Dingle refused to take care of Vanessa’s son Johnny if she dies.

The pub landlady – who is played by actress Emma Atkins in the ITV soap – hesitated when Vanessa told her she wanted her to look after Johnny if she succumbs to cancer.

Taken aback by the request, Charity was visibly uncomfortable with it and it didn’t take long for Vanessa to realise and furiously react.

She said: “The look of panic in your eyes said it all for you.

“He is my world Charity, he’s four year’s old and I’m his only parent. Do you know how terrifying that feels knowing that I might not be here for him?

“You hesitated like I’d asked you what you wanted for your tea. If you love me you shouldn’t even need to consider it.”

Charity tried explaining that she was just in shock, saying: “You caught me off guard that’s all. I didn’t say that I wouldn’t so stop putting words into my mouth. “This is me, four times accidental mother. Even on a good day I’d struggle to improve on shoddy.

“Who’s to say I’m even worth asking? Maybe I just needed a little bit of time for it to sink in. I can’t imagine even being able to function about you.”

But with the pair at loggerheads, they were further apart than ever and fans were terrified they would split for good.

One wrote: “THAT ENDING HURT

The way my heart is breaking!!!”

Another added: “So much misery in #Emmerdale…why do soap scriptwriters never ever write happy times…it’s unbearable”

#Emmerdale Vanessa is too much

The way my heart is breaking!!! #Vanity #Emmerdale

Love Islands Ched is planning to move in with Jess AND her twin sister...