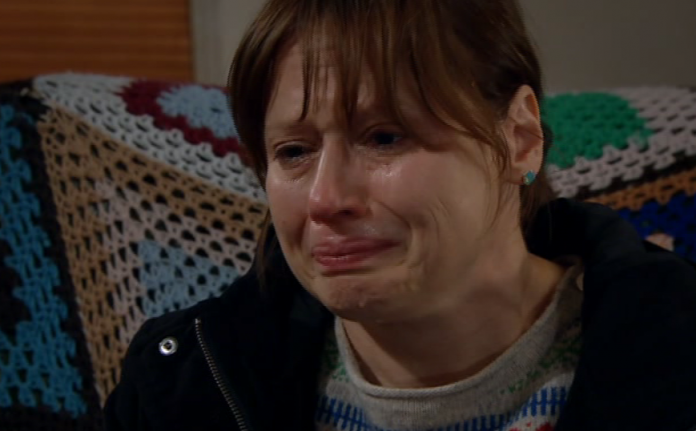 EMMERDALE fans were left heartbroken as Lydia is given the devastating news she might have Huntington’s disease during an emotional reunion with her mum Agatha.

After a confrontation with her half-sister Beth – who lied about Agatha being dead – Mandy managed to organise a reunion between Lydia and her long-lost mum.

Agatha explains why she put Lydia into care but before she leaves, goes into detail about how her biological dad dies.

Later on Sam Dingle returns home to see his partner kicking out her mother.

Agatha says: “I know it’s a lot to take in but it’s not as bad as you think. If your dad was here he’d be able to explain it much better.

“I want you to know that it’s possible you won’t be affected. There’s a test and she’s clear.”

However, she still kicks her mother out and when she’s gone, Lydia explains to Sam: “She just told me my dad died of Huntington’s Disease that is all.”

When Sam asks what that means, she replies: “People keep popping up out of nowhere telling me stuff that I don’t want to hear.”

Fans expressed their sadness for the fan-favourite character on Twitter.

Another added: Okay so Lydia just made me cry

A third said: “My heart breaks for Lydia,” followed by a series of crying emojis.

A fourth said: “Long lost families has nothing on this, #Emmerdale”

And a fifth praised actress Karen Blick, writing: My heart! @karenblick is ripping at my heart! #emmerdale”

Okay so Lydia just made me cry #Emmerdale

My heart breaks for Lydia

Poor Lydia, how much more can she possibly cope with seriously? #Emmerdale

Huntington’s Disease is a genetic condition that stops parts of the brain working properly over time.

It is inherited and if a parent has it, there’s a one-in-two (50%) chance of the child getting it.

Symptoms often develop in people’s thirties and forties. There are currently no treatments or cures.

Sadiq Khan refuses to increase train services despite workers being forced to cram in...

EastEnders spoilers: Suki Panesar kisses Eve Unwin as she finally opens up about her...

Is there a prize for winning The X Factor: Celebrity? Heres everything you need...