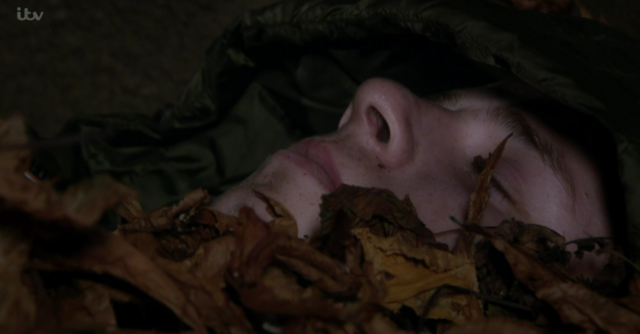 EMMERDALE fans were left baffled at a rather embarrassing blunder during tonight’s show.

As distressed villagers set out to search for a missing Samson Dingle, viewers will remember his smashed up phone was discovered in a field at the end of Thursday’s episode, prompting speculation as to the young lad’s whereabouts.

Samson was seen buried beneath some leaves

His phone first appeared in a field

Although this time it was in a completely different location.

Gone was the big-open field it lay in the day before as the phone appeared to grow its own legs as it was now located in a woodland area surrounded by trees and scattered leaves.

Samson was later shown to be unconscious below the rock face where his phone was seen, prompting the obvious question as to how the phone miracuraously moved.

Many fans were quick to pick up on the shockingly embarrassing blunder on Twitter and called the ITV soap opera out for the continuity error.

One wrote: “Just watched yesterday back, Samson’s phone was in a field under a stick.. and now it’s in the woods.”

Another viewer added: “Amazing how Samson’s phone in # emmerdale miraculously moved from the middle of a field to the woods since last night’s episode.”

A third fan complained:  “So Samson’s phone was in a field yesterday and today it’s in the woods – great continuity and the runner runs with their eyes closed.”

As a fourth fuming fan penned: “eh??? I thought Samson’s phone was in the field, now it’s miraculously in the woods?!”

Viewers were left on another cliffhanger at the conclusion of Friday’s episode as Samson’s life continued to hang in the balance after being missing for two days.

Fans have witnessed a number of deaths during the special 50th anniversary storm week which has featured a number of twists and turns all week.

Earlier this week, Harriet Finch succumbed to her horror injuries from a quad bike incident while Liv Flaherty died after being left crushed by a caravan. 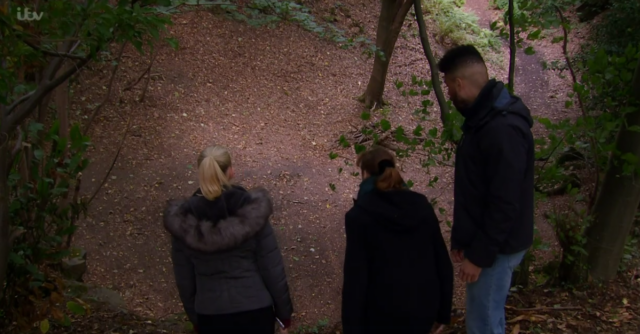 His family were so close by
Did you miss our previous article…
https://hellofaread.com/soap-opera/denise-welch-leads-tributes-to-eastenders-star-josephine-melville-as-she-dies-backstage-at-theatre/

Who is Arlene Foster? Leader of the Democratic Unionist Party and Northern Ireland politician

From burrowing bunnies to randy dogs – your pet queries answered

Prince Charles sparks debate after its revealed he adds milk to his tea LAST...