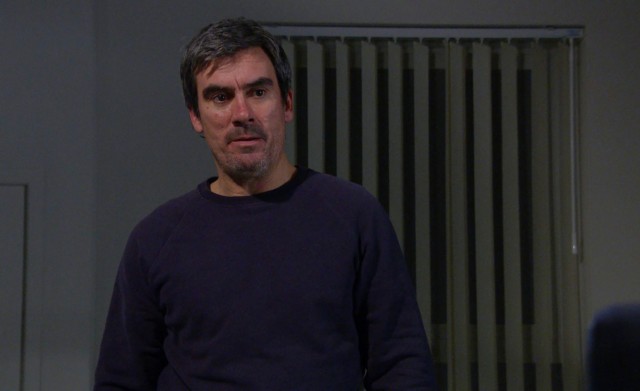 EMMERDALE’S Cain Dingle may be set to have his life turned upside down after shock paternity bombshell.

In a new theory, mechanic Cain could discover he is Noah’s father in life-changing twist.

Emmerdale’s Cain Dingle may be set for a shock paternity bombshell in upcoming scenes
Could Cain be Noah’s real biological dad?

Cain has been a father figure to the troubled youngster for most of his life and often given him advice when his mum Charity Dingle has been too preoccupied.

Charity gave birth to Noah back in 2004 and his dad is believed to be the late Home Farm owner Chris Tate (Peter Amory), who poisoned himself in order to frame his wife for his murder.

As the flash-forward week approaches, both Cain and Noah’s latest storylines will come to a head in explosive fashion – but they could discover they have a surprise bond.

But if we go back 18 years previous, Charity had no clue who the father was after sleeping with Cain, Chris and her cousin, Marlon Dingle. DEATH IN THE DALES She was adamant the father was Cain and originally named him Enoch – which translates to the son of Cain in the bible.

But a DNA test proved that Chris was the dad.

After a custody battle between Charity and Chris’ sister Zoe, Charity finally got her son back and never checked the DNA results again, believing that it was all above board.

But the DNA test could have easily been a fake – as a ploy for Charity to get her hands on the Tate’s money.

Or the Chris could have made a substantial payment to someone in the laboratory to alter the results.

Therefore, the truth about his parentage could have been kept a secret for years, with only Charity knowing the truth.

Noah is currently involved with a stalking storyline as his obsession with Chloe Harris grows – meaning Noah could turn to Cain again for help.

In scenes due on our screens next week, however, she walks in on a terrifying scene as her son Noah (Jack Downham) is trying to trap Chloe (Jessie Elland) in the house.

ITV viewers know that Noah has been lurking in the shadows and watching Chloe without her knowledge.

The youngster realises he has been stalking her for weeks by going through his laptop files.

Astonished once she comes to this realisation, she was first suspicious about Noah’s behaviour when she stumbled upon her lost keys before Noah went out.

Chloe had first agreed to spend the day at Noah’s house, believing him to have changed for the better and just as was still licking her wounds from her failed romance with Nate Robinson (Jurell Carter).

Noah had a plan in mind for a while, going as far as to placing a tracker on Chloe’s phone to keep tabs on her every move and treating himself to a new drone to keep an eye on what she did behind closed doors.

But since his behaviour continues to spiral, what will Charity do to make sure he stays in line?

Will she enlist the help of Cain to keep him in order?

Could there be a shock paternity bombshell in store?

Did you miss our previous article…
https://www.hellofaread.com/soap-opera/coronation-street-wins-best-soap-at-baftas-as-holby-city-gets-snubbed-after-brutal-axing/

Kelvin Fletcher and wife split 10 years ago after she grew jealous of women...