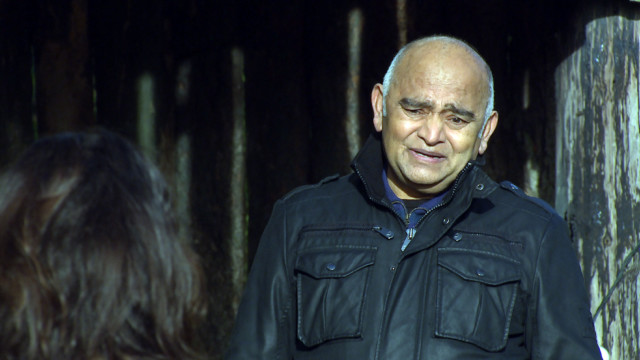 The doctor – who is played by actress Rebecca Sarker in the ITV soap – finally realised she was still in love with ex Charles amid her struggle to reconnect with husband Rishi.

Emmerdale’s Rishi wants to renew his vows with Manpreet

And after begging Charles to leave the village, Manpreet was told by her sister that she had to end her marriage or be miserable for the rest of her life.

But in a shock twist, Manpreet decided to hide her feelings.

Instead of admitting she is in love with Charles, she decided to try and bury her feelings.

She told Rishi: “Sit down Rishi. I don’t want to renew our wedding vows.

“What I’d like to do is get married again. Rishi, darling, will you marry me, again?”

She added: “Vegas was fun and all of that but I love you, and I want the whole world to know it.

“And the family missed out last time didn’t they like you said and I know we had a party but it’s not the same.

“So let’s do it properly this time and pull out all the stops. And if you let me I promise I’ll spend the rest of my life making you happy.” Viewers are predicting huge heartache for Rishi and Manpreet.

One wrote: “Hey! Get married again. What & leave Rishi at the alter. What is it with her with all the changes. It’s making me dizzy”

Another added: “Manpreet wants to get married again to Rishi. Out of guilt clearly”

What is Fortnite’s age rating?

From Meghan & Harry’s last royal outing to a knockout punch – here’s the...