BERNICE Blackstock has been standing on the side-lines from all the drama in the Dales.

But she faces dementia fears when she begins to act out strangely towards fellow Emmerdale residents.

Bernice Blackstock is back in the spotlight next week

But her behaviour is alarming to some residents 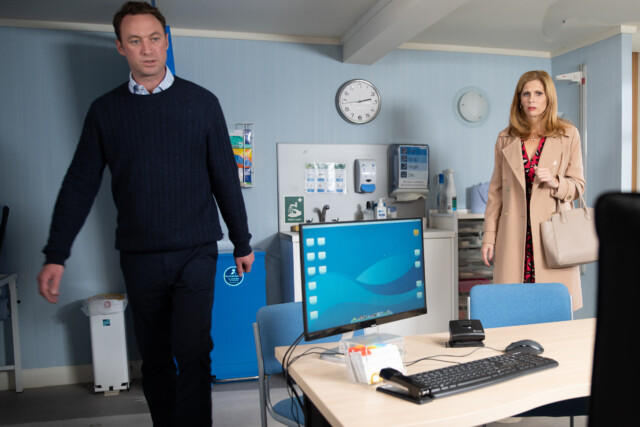 She soon gets a shocking diagnosis

The PampaManda beautician portrayed by Samantha Giles is thrown back into the spotlight in scenes due to air on ITV next week.

It all begins when Bernice is flustered and, while at the salon, Bear Wolf (Joshua Richards) makes an ill-advised joke towards her.

Offended, she goes to squirt Bear with the hose but actually hits Mandy Dingle’s (Lisa Riley) new potential client instead.

Bernice, Mandy and Bear look on in horror as she switches the water off that has soaked the Care Home Manager.

She then finds it hard to control her emotions and storms out, leaving Mandy and Bear both bemused by her behaviour.

In later scenes, Bob Hope (Tony Audenshaw) consoles Bernice as she opens up about how she’s been feeling.

Knowing she’s in pain, Bob urges her to turn to her doctor, village GP Liam Cavanagh (Jonny McPherson) – who also happens to be her former partner.

But Bob’s concerns grow when Bernice begins to cry.

Things go from bad to worse for her when her daughter Gabby Thomas (Rosie Bentham) accidentally plants the seed that convinces Bernice she may have dementia.

Laurel Thomas (Charlotte Bellamy), however, believes she may be going through menopause and Bernice refuses to hear another word of it.

When she’s at the local surgery, and instead of being relieved, Bernice slams out angry when Liam reveals she doesn’t have dementia.

According to him, it’s more likely that she’s going through menopause – but could he be wrong?

How will Bernice react when she learns that Laurel may have been right all along?

Viewers recently noticed Bernice wasn’t her usual self as she supported her sister, Nicola King, through Naomi Walters’ trial.

Bernice was feeling extra hot and tried to counter it using a fan but she was thirsty and running to the bathroom frequently.

“What’s with Bernice? Is she going through the menopause?”, one soap fan Tweeted to which another replied: “Most probably… everyone else on ITV seems to be.”

“If they’re going to take Bernice on the menopause road you’d hope they’d do it right but given their record lately”, one viewer commented.

What’s in store for Bernice?

Tune in to ITV to find out. 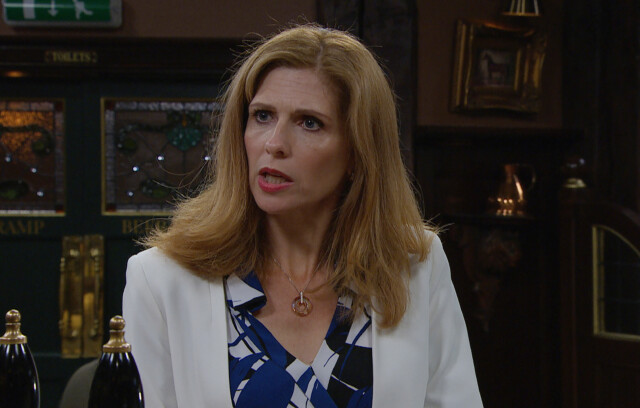 Viewers suspected she could be set for a new storyline 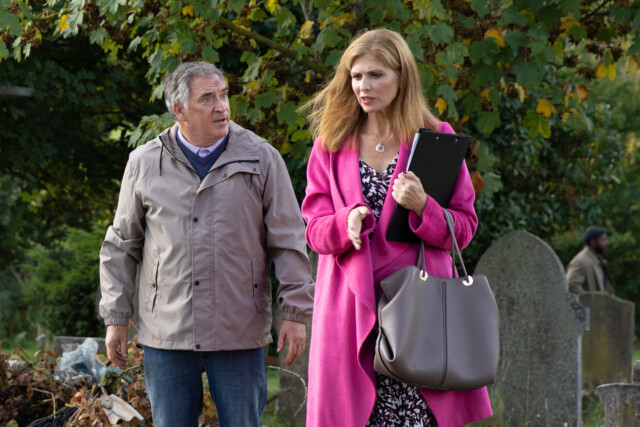 Is her health in danger?

Martin Lewis explains how to reclaim £100s from your energy supplier

Prince Harry did NOT say ‘what the hell is going on’ to Queen as...