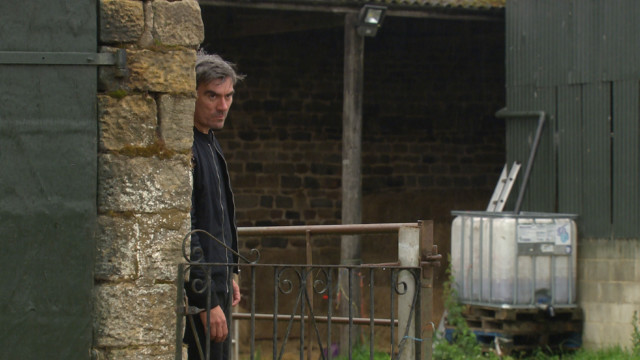 CAIN Dingle convinces himself that Moira Barton is having an affair with DI Malone after he catches him sneaking out of her house next week in Emmerdale.

Cain admitted he still loves Moira during lockdown but is yet to tell her how he really feels.

Listening to Aztec Camera’s ‘Somewhere in My Heart’, Cain admitted to Aaron that the song reminded him of his ex.

And days later, when Aaron admitted that he’d always love Robert even if he moves on, Cain revealed that he does still love Moira but fears she doesn’t love him the way he loves her.

The episode ended with Cain listening to the song again and clearly reminiscing about Moira.

But episodes set to air this week will see Cain gutted when Chas tells him that Moira is moving on to the other people after Moira hits it off with newcomer Ricky. Cain convinces himself that Malone and Moira are having an affair

And next week’s episodes of Emmerdale will see Cain get the wrong end of the stick when Moira discovers Harriet and Malone’s affair.

Heading into the church, Moira is flabbergasted to see Harriet kissing Malone.

Moira is stunned by Harriet’s confession that she’s having an affair and even more shocked when Harriet tells her about Cain’s involvement with Malone’s dodgy dealings at the garage.

Will later warns Cain that Malone is back in town, leading Cain to square up to Malone and urge him to stay away from the village. DI Malone threatens Moira when she discovers his affair with Harriet

When Malone hits back that he’s here for a new love interest, Cain gets the wrong end of the stick and assumes he means Moira.

Later, a sinister Malone bursts into Moira’s house and threatens her not to tell anyone about his affair with Harriet.

As Malone departs, Cain lurks in the shadow and convinces himself that Malone and Moira must be having an affair.

Later, Cain is shocked when he gets a call saying Moira has been the victim of a hit and run.

Could the perpetrator be Malone?

Did you miss our previous article…
https://www.hellofaread.com/soap-opera/eastenders-ian-beale-faces-financial-hardship-after-buying-queen-vic-for-sharon-out-of-guilt-teases-adam-woodyatt-2/

Love Islands Callum and Molly hold hands on wild night out in Manchester with...

Meghan Markles uncle gives up hope of hearing from her and says Im not...