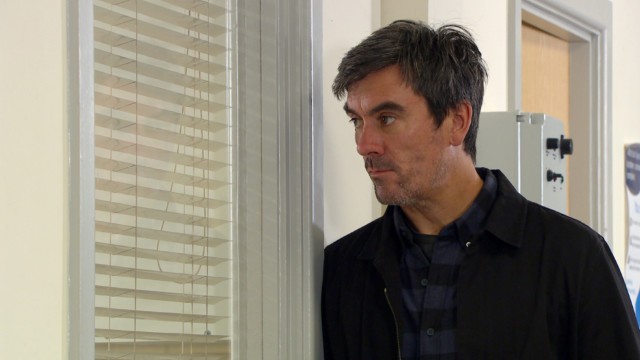 CAIN Dingle secretly watches over his ex Moira Barton as she fights for her life in hospital following her gruesome hit and run accident.

Cain admitted to Aaron that he still loves Moira during lockdown but is yet to declare his feelings to his ex.

Emmerdale fans will remember that, after two weeks of lockdown, Cain finally opened up and admitted that Aztec Camera’s ‘Somewhere in My Heart’ reminded him of Moira.

And days later, when Aaron admitted that he’d always love Robert even if he moves on, Cain revealed that he does still love Moira but fears she doesn’t love him the way he loves her.

The episode ended with Cain listening to the song again and clearly reminiscing about Moira. Next week’s episodes of Emmerdale will see Moira’s friends and family reel from the news of the hit and run accident.

A distraught Matty and Cain keep watch over Moira in hospital and stay by her bedside.

When Matty heads home to get some rest, Cain secretly stays behind and watches over her during the night.

The following day, a worried Cain quizzes a nurse about how Moira is doing. At the farm, Rhona tells Matty she will look after the farm while he keeps watch over Moira.

Cain later walks in to find Rhona and Nate worrying about their business deal, which they still haven’t disclosed to Moira.

But Cain urges them to keep it hidden from Moira so as to avoid causing her any more stress.

But when Kim storms in raging about the deal, it looks like their secret is out.

Rhona and Nate insist their partnership isn’t to spite her, but Kim threatens to bankrupt them.

Will Moira be okay?

And will Cain declare his love for Moira before it’s too late?

Royal Family news – Queen could be REMOVED as head of state as Caribbean...

The Entertainer sale has up to 75% off toys with discounts on Disney and...