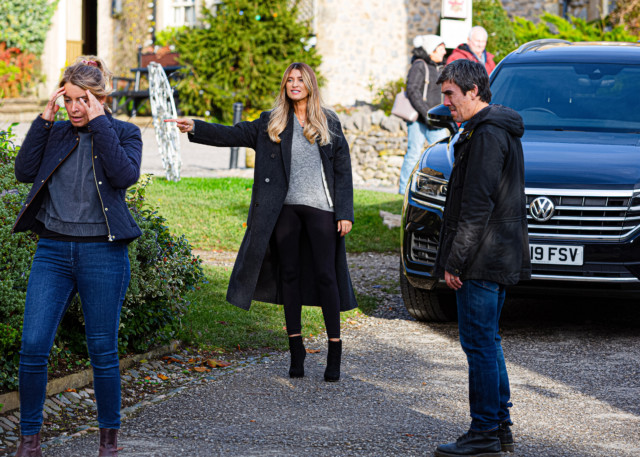 SARAH Sugden is caught on drugs with dealer Danny by a horrified Debbie Dingle next week in Emmerdale – and admits to framing Ethan.

The wayward teenager – who is played by Katie Hill in the ITV soap – reported her boyfriend Danny to the police at the end of last year after he tricked her into selling drugs on his behalf.

But drug dealer Danny is set to return to the village this week and worm his way back into Sarah’s life, persuading her to hide pills for him when his drug dealing stunt at the Woolpack do goes disastrously wrong.

When Chas calls the police on the stag do at the pub, Sarah ends up slipping the pills into one of the stags pockets, framing him for the drug dealing.

Next week’s episodes of Emmerdale will see things worsen for Sarah as Debbie arrives back from Scotland with Zak and notices that Sarah has vanished.

Meanwhile, Sarah sits with Danny in a cold and dark barn and shares her problems.

The pair bond over their family issues and it’s not long before Danny offers Sarah drugs. As the effects starts to kick in, Danny and Sarah start to undress but they’re stopped in their tracks when Debbie and Charity burst in.

Danny makes a run for it while Debbie demands answers from Sarah.

When Debbie notices that Sarah seems to have taken drugs, she begs her to open up about what she’s taken.

Sarah admits she’s been lonely and comes clean about putting the drugs in Ethan’s jacket at the stag do.

Will Debbie drop Sarah in it and report her to the police?

And will Sarah escape Danny’s clutches before it’s too late?

Strictly Come Dancing 2021 news: Fans all saying the same thing that Rose will...