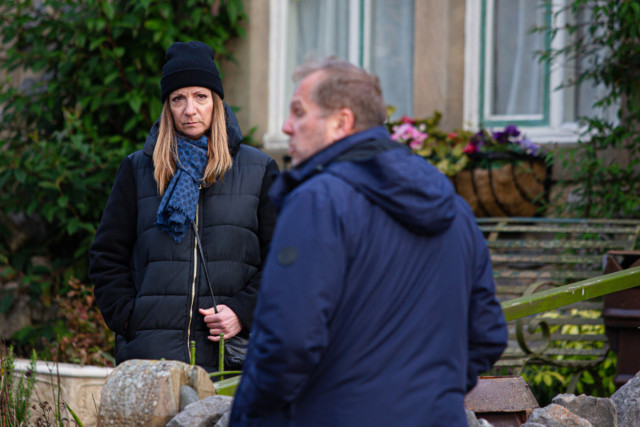 EMMERDALE is set to introduce some new characters this Christmas as Harriet calls in vicar Charles.

Harriet will struggle to cope after moving the body of dodgy detective Malone, who is currently buried in someone else’s grave in the village churchyard after Dawn shot him in self defence.

Harriet and Will’s decision to move the body will come after a woman announces she’s the daughter of a man in the graveyard beneath Malone – and that she’s going to have him dug up.

And now it has been revealed that Harriet will crumble after moving Malone’s body in the countdown to Christmas.

Upcoming scenes will see a distraught Harriet admit defeat and call in a replacement vicar called Charles to go ahead with Chas and Paddy’s wedding.

But Harriet’s absence will leave the villagers concerned about her well-being.

Might Harriet’s killer secret come exploding out this Christmas?

Emmerdale confirmed last month that the ITV soap would be welcoming the town’s new vicar, Charles, and his lawyer son, Ethan. Charles will be accompanied by his son Ethan

But it won’t be long before Charles discovers Ethan has been wrongly accused of a crime, leading them to clash with the Dingles.

Kevin Mathurin, who will play Charles, said: “I am over the moon to be joining the cast of Emmerdale. The show has always been a family favourite and my mum is a huge fan.

“The cast and crew have all been so welcoming and I am really looking forward to Charles’ storylines in the Village.”

Ethan actor Emile John added: “Being given the opportunity to play Ethan is an absolute dream come true. I feel a tremendous sense of responsibility in articulating his struggle with truth and authenticity and I can only hope that the audience fully engage with him in the same way I have.”

Who is Megan Barton Hanson and who is she dating?

Boris Johnson affair businesswoman Jennifer Arcuri claims he cast her aside like a gremlin...