KERRY Wyatt has been looking forward to take her relationship with Al Chapman to the next level.

Coming up in Emmerdale, after discovering he is keeping a secret, she makes a life-changing decision.

Kerry Wyatt finds out Al Chapman is hiding something 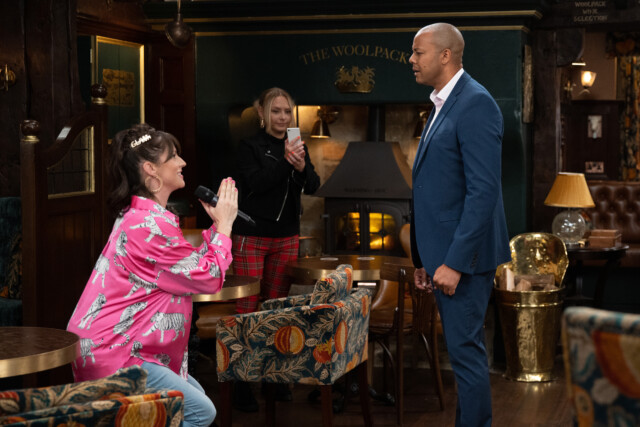 She makes a huge decision next week

The beautician and former shop assistant portrayed by Laura Norton has been in a relationship with the local businessman, played by Harry Potter actor Michael Wildman.

Months have gone by and their romance appears to be going smoothly, despite a few mishaps along the way.

In scenes due to air on ITV, however, Kerry finds out Al has been up to something she wasn’t suspecting as she catches him viewing houses online.

Kerry struggles to contain her excitement and immediately believes he’s been on the lookout for them, ready to build a future with her.

The following day, she tries to squeeze out information about the house she saw him viewing, leaving him clearly uncomfortable.

But much liker her partner, she’s decided it’s time for her to show how serious she also is about their relationship.

Feeling loved-up, Kerry decides to plan a surprise of her own.

In later scenes, as Al walks into the Woolpack, he’s blindsided when she proposes to him with a rap.

Everybody at the pub cringes and a shell-shocked Al falters – before ultimately agreeing to getting engaged.

But unbeknownst to Kerry, Al is keeping a bigger secret which could end up in heartbreak.

While she believes he was searching for houses for them, the entrepreneur was actually getting ready to settle down with another woman, Chas Dingle.

Al has been having an affair behind Kerry’s back for several weeks and, serious about their relationship he suggests to Chas that they run away together.

He then gets his accounts in order, preparing to buy a house for him and Chas… until Kerry catches him and decides to propose to him.

Before she can, however, Al even tells Chas he’s ready to call it quits with Kerry but is side-tracked by her rap.

Following the shock proposal, Chas is reeling but Al – who has been caught two-timing in the past – promises he’s still committed to her.

But just as they’re about to give in, the pair are caught by another villager.

Who could it be?

Will Kerry find out about their affair? 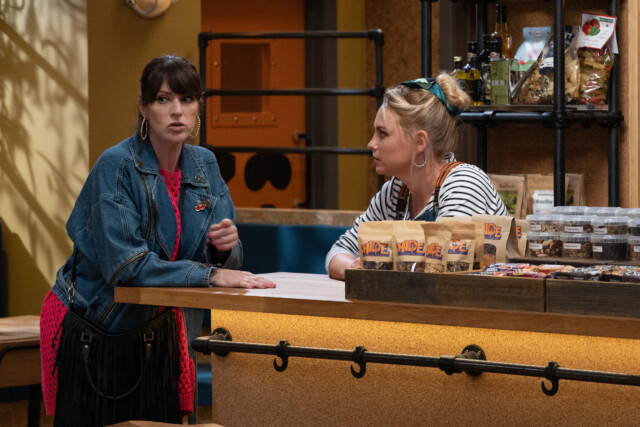 Kerry has the wrong end of the stick 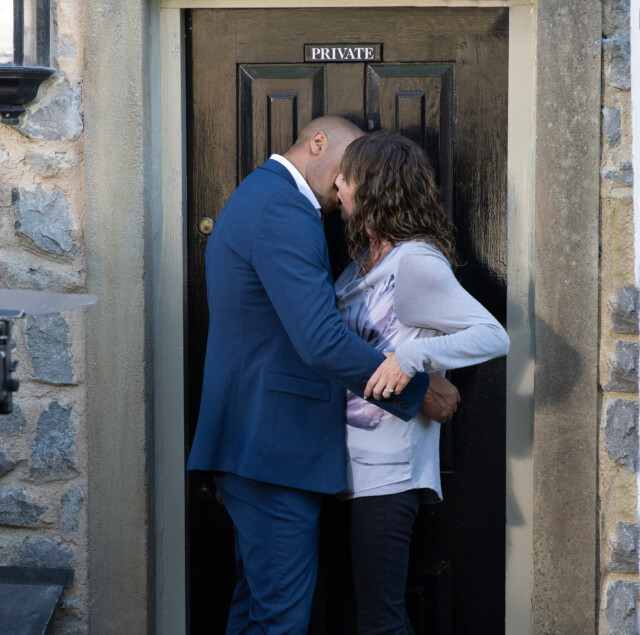 She’s unaware that Al has fallen for another woman

Molly-Mae Hague reveals she won’t watch Tommy Fury ringside in US as she hangs...