KYLE Winchester remains traumatised by his own involvement in the death of Al Chapman.

Next week in Emmerdale, his father Cain Dingle worries he may reveal their secret as the boys grows increasingly overwhelmed.

Kyle Winchester pays his father Cain a visit next week

But his state of mind raises concerns 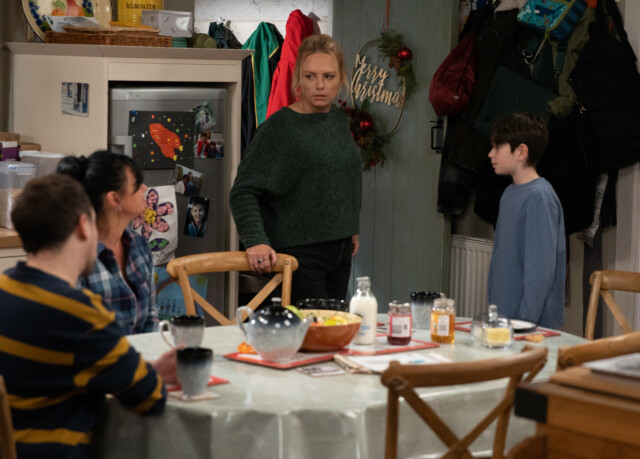 Will Kyle (portrayed by Huey Quinn) ever be able to remain quiet about Al Chapman’s murder?

Concerns over the boy’s state of mind continue to grow as he shows clear signs of an impending breakdown.

Coming up on ITV, Matty Barton (Ash Palmisciano) tries to persuade his mother Moira Dingle and his girlfriend Amy Wyatt to go to the police.

Kyle, on the other hand, insists that he can’t go to school because he misses his father Cain (Jeff Hordley).

Amy and Moira (played respectively by Natalie Ann Jamieson and Natalie J. Robb) are awash with worry for Kyle.

This prompts Amy to negotiate with her young son, guaranteeing that he’ll be able to see Cain if he goes to school.

Moira is more frustrated to see their united front crumbling slowly but surely.

Later on, both women discuss their concerns over letting Kyle visit Cain behind bars but the lad is excited to see his father the following day.

However, Matty’s primary concern seems to be Kyle’s mental well-being as he continues to push Moira and Amy to get him professional help – leading them to worry he may be right.

Unbeknownst to them, Kyle overhears their entire conversation.

The answer is revealed in later scenes when, riddled with guilt, Kyle breaks down in the visitors room as soon as he sees Cain.

Kyle fails to contain his emotions, leaving his parents worried that he will reveal their secret.

Cain even questions if letting Kyle visit was a good idea in the first place.

When she found out her son was responsible for the late businessman’s death, Amy Wyatt made the decision to leave the eponymous village with him.

The pair left for Belfast without any explanation and Moira Dingle in tow.

The latter struggled to cope herself as her husband pleaded guilty for a murder he didn’t commit.

Kyle shot Al dead after catching him fighting with his father Cain which was a drastic turning point for their long feud.

Could the young boy ever be exposed? 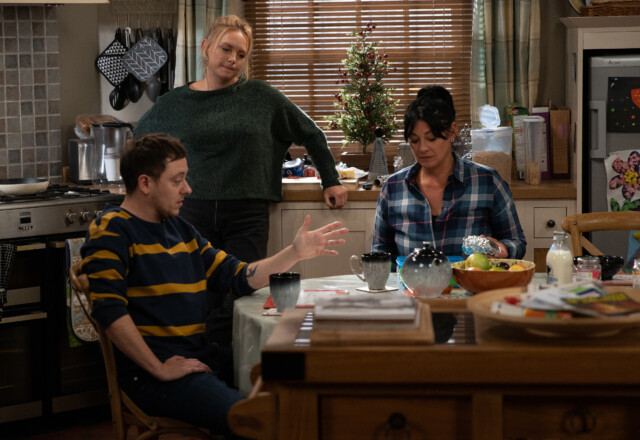 Matty, Moira and Amy all worry for Kyle’s well-being 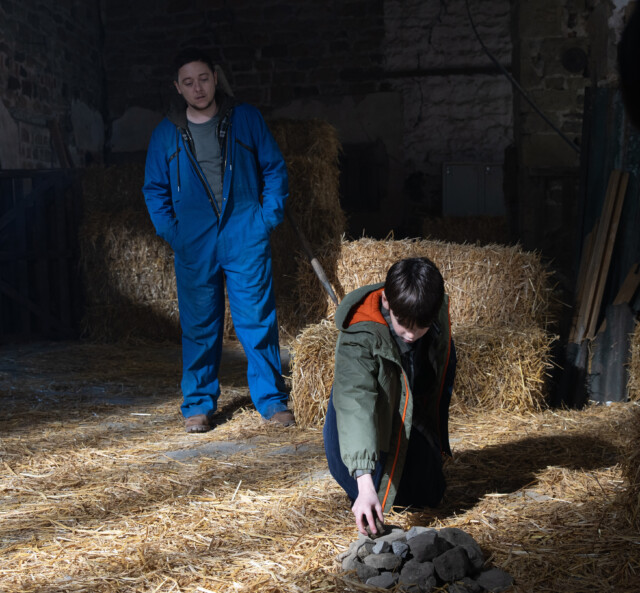 Will he be able to keep their secret?

Emmerdale fans delighted as Paddy finally discovers Chas’ affair – and confronts her in...

Unity has merged with the developer of a malware installer